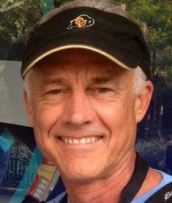 Iran is one of the most dangerous countries in the world for followers of Jesus Christ. Almost all of the above-ground, Farsi-speaking churches have been closed and house churches are raided routinely, with their leaders and members arrested, according to a report by SAT-7 (http://sat7.org/).

Iranian Christians share faith despite dangers!
Evangelism by Christians is against the law and may even be punished by death. But despite Iran’s leaders’ strenuous efforts to bring the furies of hell against believers, God is at work and the church in Iran is growing rapidly!

Iran has the fastest-growing evangelical population in the world, according to statistics compiled by Operation World. Iran’s hard-line approach and violence perpetrated in the name of Islam throughout the Middle East has caused disillusionment and a search for truth elsewhere.

But with such an ironclad crackdown by the government against Christian worship and witness, how is the Iranian Church growing so quickly?

Despite the dangers they face, Iranian Christians are sharing their faith – and SAT-7’s broadcasts of Christian programming into Iranian homes have been one tool God is using to penetrate the darkness.

Miraculously healed!
One Muslim woman found healing and transformation from one of SAT-7’s programs. ‘My husband and I are both from very religious families,’ she wrote. ‘I was doing all the required activities until I was diagnosed with leukaemia.’

She added, ‘A Christian friend told me to repeat, “If God is for me, who can be against me?” I didn’t really understand it but I kept repeating it because I was afraid – my health was deteriorating and I thought I was going to die…’

Her good news testimony is summarised with this statement: ‘One evening, I watched a film on SAT-7 called God is Love, and there was a prayer at the end, which spoke to my heart. I knelt down and repeated the prayer… The leukemia has gone and I feel very good now. I trust that all things have a purpose and I live by faith.’

Fastest growing Christian evangelical population
Every day, SAT-7 receives reports from people telling them they have given their heart to Christ after watching a program on SAT-7 PARS, the Farsi-language satellite television channel.

Additionally, SAT-7 provides 24/7 support for viewers, who often have nowhere else to turn. (Links:https://www.youtube.com/watch?v=XeR6F9YN_As&feature=youtu.be / http://www.sat7usa.org/home).

According to SAT-7, ‘Viewers want to know more about Jesus. Some want to pray with a Christian. Others want to share their testimony and have contact with fellow believers. Along with phone, email and social media, we are now using a new secure messaging app called Telegram. It enables users to share videos and files. SAT-7 is making the most of this, posting program clips, the Bible and Christian books for people to watch and read,’

Every day, SAT-7 receives more than 2,000 messages from Iran on Telegram and there have been over 60,000 Bible views. Anyone with a satellite dish can turn on SAT-7 and hear the Word of God in his or her language. Our viewers can join a global fellowship of Christians within the privacy of their own homes.

Miracles also among Syrians struggling to survive war zone (+Names changed+)
An extraordinary number of Muslims living in war-torn Syria have also decided to follow Jesus after experiencing his love firsthand through miraculous healings and gifts from above.

Among the people living in or near the war zone, many are struggling to survive because there is simply not enough food, according to the Lebanon-based director of Christian Aid Mission.

One Syrian mother, identified as Majida, went to God in prayer after her family ran out of food. She prayed, ‘Lord, I know you never let us down – we need food for our family.’  The director recounted: ‘As she was walking later that day, she found some money on the path in front of her. She was so pleased that God had answered her prayer in such a creative way that she started jumping up and down with joy.’

Majida rushed to buy bread for her family, and when her neighbours asked where she had gotten the money, she said, ‘It was sent to me from God.’ They pressed her to tell them how that was possible, so she went on to share her faith and pray with them.’

Other miracles and salvations
Desperate Muslims who hear about miraculous healings through Christians are drawn to find out more. A mother named Nivine brought her paralysed, two-year-old daughter to a meeting of one of the ministry teams affiliated with Christian Aid Mission (Link: http://www.christianaid.org/News/2016/mir20160225.aspx).

When the ministry leader informed Nivine that they pray in the name of Jesus, she replied, in tears, ‘Whatever it takes. Just make her better!’ The ministry leader then told her: ‘When we pray, we pray to a living God.’ Then he explained the gospel to her and she accepted Christ.

After she was born again, Nivine started faithfully attending the meetings with her paralysed daughter. The group continued to pray for the child in the following days.

About two weeks later, Nivine was worshipping at a meeting with her daughter next to her. She glanced down and noticed her daughter was smiling. Then she was shocked to see that her hands were moving. Could this be a dream? But her daughter continued to move.

It was true – she was healed by the power of the living God!

Fearless display of love for Jesus
Another mother, Aveen, along with her husband, Mohamad, and their seven children, are part of a church in another town in Syria. Mohamad recently lost his job.

‘They are weary of struggling through life,’ the director said. ‘What surprises us most about this family is that Aveen and Mohamad both come from very fanatical Muslim families that wish to stone them to death, and yet they still fearlessly display their strong love for the Lord.’

He added, ‘Despite the difficulty of surviving without work and the threat of persecution, they have the courage and desire to share the gospel with everyone around them.’

Welcome contrast in a war-torn nation
The incidents of healing and salvation are a welcome contrast to the violence of the war-torn country. ISIS claimed responsibility for bomb blasts in Damascus on February 21 that killed at least 87 people, according to the United Kingdom-based Syrian Observatory for Human Rights, and car bombs in Homs killed at least 59 civilians. That same month Russian forces were suspected in an attack on a hospital supported by Doctors Without Borders that killed 25 people.

In the midst of such atrocities, a Muslim named Amad heard about a place in his town where people pray and some are healed. The worsening skin disease of one of his children drove him to visit.

‘In a moment of bravery, he brought his son to the meeting place, and the believers there prayed for him,’ the ministry director said. ‘The next day the child woke up with nothing on his skin! It was undeniably a miracle. The whole family has come to believe in the Lord, and they want to be baptised.’

Mark Ellis is a seasoned senior correspondent for the ASSIST News Service (www.assistnews.net), and founder of the acclaimed www.GodReports.com, a website that shares stories, testimonies and videos from the church around the world.