A pig and a hen were walking down the road when they saw a poster advertising the forthcoming Harvest Supper. It reported that bacon and eggs would be served. The hen said to the pig, ‘How nice it is that we can help the church.’

It was Alexander MacLaren who wrote: ‘Martyrs by proxy, who have such strong convictions that they think it somebody else’s duty to run the risk for them, are by no means unknown.’

A location considered
We rightly pray much for the ‘Persecuted Church’ – often feeling small and inadequate alongside them because of what they are living out and proving in the midst of oppression and we’re not.

While taking nothing away from that, every Christian must realise the location where God has placed us is his choice, that he has called us to live there for him! John was right when he testified: ‘A man can receive only what is given him from heaven’ (John 3:27NIV). Surely that extends not only to position and even possession, but also place?

Although persecution may yet come to where I live, I cannot live now for God where and with what our persecuted brothers and sisters do – but I can live for him with the why and how as they do right where I am. Regarding his creation, Acts 17:26 tells us, ‘(God) … determined the times set for them and the exact places where they should live.’

Christians must recognise this personally, not just universally – from the families we’re born into and inherit, to the nations and communities where we live and reside. Indeed, every place and everyone the footprint of our presence and fragrance of our influence touches.

I cannot live for God where I am not – only where I am. Leonard Ravenhill reminds us all: ‘This generation of Christians is responsible for this generation of souls!’
This is true and covers, not only the best of times and places, but also the worst. Otherwise God is neither Sovereign or in control – a terrible fate to contemplate.

A lordship clarified
Daniel 3 tells us about three Hebrew young men who found themselves living in the Babylonian exile – a place they never anticipated and facing a dilemma they would never have believed never mind chosen. None-the-less, they had to make a decision over ‘contribution or sacrifice.’

‘King Nebuchadnezzar had built a gold statue in Babylon and ordered all the important leaders in the province to its dedication ceremony. And a herald loudly proclaimed: ‘Attention, everyone!… fall to your knees and worship the gold statue that King Nebuchadnezzar has set up. Anyone who does not kneel and worship shall be thrown immediately into a roaring furnace’ (Daniel 3:1-6, Message). 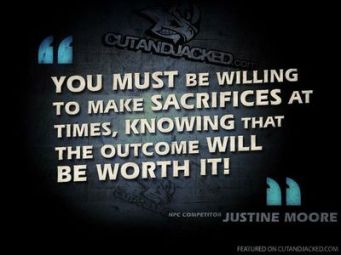 We too find ourselves living in a pagan society, surrounded not only by the ignorance of godliness, but in large part, open defiance of and intentional hostility to God. Everywhere we turn we are faced with dilemmas of conscience which challenge the word of God, and are thus forced to make decisions which will reveal the depth of our loyalty to God.

For better or worse, this is the clarification point: Is the Lordship of Christ in us fire-proof or fire-proved?

A limited cooperation
The three young Hebrews were challenged on this. Daniel 3:7-12, Mge tells us that some Babylonian fortune-tellers stepped up and accused them, saying to Nebuchadnezzar, ‘Well, there are some Jews here – Shadrach, Meshach, and Abednego – whom you have placed in high positions in the province of Babylon. These men are ignoring you, O king. They don’t respect your gods and they won’t worship the gold statue you set up.’

There is a ‘brand’ of Christianity that prides itself on being awkward, disruptive, out of step. However, we do well to understand that for those exiled Hebrews – and us – a limited cooperation is not to be the starting-point, but a point we come to.

However, like this Hebrew trio, the limit of civic, national, and ‘moral’ cooperation is reached when regard for others comes at the cost of disregard for God.

From burning dictators like Nebuchadnezzar to burning issues like homosexuality there has never been a shortage of ‘golden images’ to which, in the beginning, with great flurry of fanfare, we are invited to pay homage to and accept, but which always end with an ultimatum: ‘Bend and bow… or burn!’

How much has been forfeited because of ‘images of gold’? How many have been damaged because of ‘golden images’? Needless ‘furnaces’ have been the tragic result of untouchable ‘statues’ of insistence and demand. However, we must keep our stance, making our stand.

A living confidence
Daniel 3 continues:  ’Furious, King Nebuchadnezzar … asked, “Is it true, Shadrach, Meshach, and Abednego, that you don’t respect my gods and refuse to worship the gold statue that I have set up? I’m giving you a second chance … If you don’t worship it, you will be pitched into a roaring furnace, no questions asked. Who is the god who can rescue you from my power?”

Their answer?  ‘Your threat means nothing to us. If you throw us in the fire, the God we serve can rescue us from your roaring furnace and anything else you might cook up, O king. But even if he doesn’t, it wouldn’t make a bit of difference, O king. We still wouldn’t serve your gods or worship the gold statue you set up’ (Daniel 3:13-18).

Had these Hebrew boys made a big stand about the image of gold in the first place, or had disrespectfully declined the summons to attend the ‘dedication,’ they would have been dispensed with prematurely without ever gaining the attention of the king in this matter. We can talk all we want to an unknowing world who live in the darkness about how wrong their golden images are – but they just will not see it. We can absence ourselves from ‘dedications’ all we like – but they will still be dedicated.

It is when out of respect that we go along with what matters to them until we reach the limit of our cooperation, being willing to bear the cost – not doing so awkwardly, but with wisdom and tact (Daniel 1:20, 2:14) – then others will take note and God will be seen, because God will show up.

When John Chrysostom (c.349-407) was brought before the Roman emperor, the emperor threatened him with banishment if he remained a Christian.
Chrysostom replied, ‘Thou cannot banish me for this world is my Father’s house.’
‘But I will slay thee,’ said the emperor.
‘Nay, thou cannot,’ said the man of God, ‘for my life is hid with Christ in God.’
‘I will take away your treasures’ replied the emperor.
‘Nay, but thou cannot for my treasure is in heaven and my heart is there.’
‘But I will drive you away from man and you shall have no friend left.’
‘Nay, thou cannot for I have a friend in heaven from whom you cannot separate me. I defy thee, for there is nothing that thou can do to hurt me.’

Toward the end of the first century as a Christian was about to be martyred, his executioner taunted him, ‘…And what is your “Carpenter from Nazareth” doing now?’ The Christ-One replied, ‘He’s making a coffin for your emperor!’

Vance Havner said, ‘When you are accustomed to standing before God, kings don’t matter much. Big potentates are just small potatoes when you’ve been standing in the presence of the Most High!’

A chosen liability
Following Jesus Christ, living in obedience to God’s word, by the Holy Spirit’s purifying presence and power can never be ‘by proxy.’  I can do nothing about either golden images or their dedication. Neither can I do anything to prevent others from worshipping at the shrines of gold. I do have a choice over what I do and how I respond. Indeed, my response is a responsibility.

If I am going to face a furnace I want to make sure that the cause/issue I am going to potentially ‘burn’ for is worth it. Peter Marshall wrote: ‘Give us a clear vision that we may know where to stand and what to stand for, because unless we stand for something, we shall fall for anything!’ James 4:17 says: ‘Anyone, then, who knows the good he ought to do and doesn’t do it, sins.’

It will soon be Easter – the Christian church’s celebration of the victory of the one who accepted God’s place for him,  stood firm where he was, displayed a unshakable confidence, who sacrificed everything out of love for all humankind.

If we really believe in fulfilling the great commission wherever we are, Let us stand up, stand out and stand firm!

Stuart Reynolds, Ears 2 Hear Ministries, is UK based ministering as an itinerant preacher, teacher in evangelism and revivalism in the UK and USA. Links: reynolds.stuart1@sky.com / mobile +44 (0) 7816 853 551 / http://sdhareynolds.wixsite.com/earstohearministries.

A caring pastor speaks candidly to the ear of the church regarding the reality that many pastors are hurting, even on the edge of quitting due to feeling like a failure having had the last embers of self-worth kicked out of them. Stuart Reynolds writes from the heart and pastoral experience encouraging broken pastors that they are not useless, that they can move on and still benefit the kingdom despite the reality of foolish congregational censure and non-appreciative boards that don’t understand the challenges that pastors face.  A timely read for the whole church.