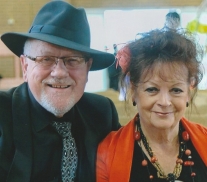 (May 2, 2017) Robert and Maureen McQuillan comment on some realities:

‘The enemy of my enemy is my friend’ is a saying quoted every now and then. Particularly when we hear of certain nations – normally considered enemies, or could-be enemies, that no one ever envisaged working together – suddenly becoming friends against a possible new enemy.

Actually it’s ancient proverb going back to the 4th century BC, suggesting that two opposing parties can or should work together against a common enemy. Evidently, the first recorded use of the current English version was in 1884.

A classic example was the tension in WW2 Europe common between the Western Allies and the Soviet Union. Both US President Franklin Roosevelt and British Prime Minister Winston Churchill were wary of Joseph Stalin’s Soviet Union leadership. But despite their inherent differences, they recognised a need to work together to meet the threat of Hitler’s leadership and Nazi aggression. They developed foreign policies with an understanding that Soviet cooperation was necessary for the Allied war effort to succeed.

WW2 Allies at the Yalta Conference: Churchill, Roosevelt and Stalin, 1945.

Another quote, with a humorous edge, is that when Hitler made the massive mistake of invading the Soviet Union, Winston Churchill, well known for his sharp wit, said to his personal secretary, John Colville, ‘If Hitler invaded hell, I would make at least a favourable reference to the devil in the House of Commons.’

Now we can smile at this – no Christian would ever say anything favourable of Satan, but Churchill was obviously jokingly inferring that although the evil Hitler had power, the devil was stronger. That even if Hitler were able to invade hell he would be biting off more that he could chew! And that’s what he had now done in invading Russia! Victory might take a while but it was insight! (D-Day will be recognised afresh on June 6).

Our enemy – and his enemy, our more powerful friend!
In this connection, let’s focus on three major Christian truths …

No wonder 1 Peter 5:18 reads, ‘Stay alert! Watch out for your great enemy, the devil. He prowls around like a roaring lion,     looking for someone to devour.’ The Message puts it this way: ‘Keep a cool head. Stay alert. The devil is poised to pounce, and would like nothing better than to catch you napping.’

1 John 3:8 is highly comforting good news indeed: ‘The reason the Son of God appeared was to destroy the devil’s work.’ Just one of several major victories we celebrated over Easter last month!

Way back around 1855 Northern Ireland born Joseph Medicott Scriven composed a hymn to comfort his mother in a time of sorrow. He never actually intended anyone else to see it but it became such a wonderful favourite among Christians. Its popularity remains strong, and retains a place in modern hymnals today. That hymn? What a Friend we Have in Jesus.

Jesus is into friendship! 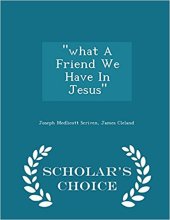 The back of a book of this title, by Joseph Scriven and James Cleland, reads: ‘This work has been selected by scholars as being culturally important, and is part of the knowledge base of civilization as we know it… Scholars believe … that this work is important enough to be preserved, reproduced, and made generally available to the public. We appreciate your support of the preservation process, and thank you for being an important part of keeping this knowledge alive and relevant.’

A most important thing for Christians, let alone sinners to really know is that our Saviour Jesus is into meaning friendship!

‘Friends’ is philos – indicating ‘a dear one whom I’m actively fond of.’ Jesus cares for all humankind! And it’s all based on his incredible love! No wonder scripture declares…

Hey – we’re linked with the whole Godhead! We have the authority of God’s word – and the power of Jesus’ Holy Spirit backing us up!

The devil may still be around awaiting his judgment, still tempting and tormenting Christians, but we don’t have to go under through his sneakiness, anger against us, cunning and deceit! We’re overcomers, praise God!

We are the church of Jesus and our Saviour promised that he would ‘put together … a church so expansive with energy that not even the gates of hell will be able to keep it out’ (Mark 16:18 Mge). In Romans 8:35-39 Mge, Paul declares: ‘Do you think anyone is going to be able to drive a wedge between us and Christ’s love for us? There is no way! Not trouble, not hard times, not…’ He goes on to list so much that he’s convinced cannot overcome us, that we can have victory over them all! Hallelujah!

But ‘There’s the rub’
Yet another quotation, this time from Shakespeare. This oft-quoted line from Hamlet simply means a difficulty, a challenge.

Living out our Christianity can have its difficulties, its challenges. Life is life and bad things happen, even to the best of us!

And that’s where Christians who really know these great truths not only from the word itself but have personally experienced them – ‘been there, done that’ – can help and encourage those weaker in the faith, those who have not yet broken through into a stronger relationship with Jesus and his teachings, have difficulty trusting him when adverse circumstances strike (as they do in life!).

The Bible teaches that Christians – those who follow Jesus and his teachings – have overcome the world (1 John 2:13-14), that Jesus has given us ‘authority to overcome all the power of the enemy; nothing will harm you’ (Luke 19:10). This dynamic friendship we have with Jesus must be shared – it must not be self-centred! We who delight in it must be active – sharing its truth and power among our brethren!

Why? The Message puts verse 35 this way: ‘Everyone will recognise that you are my disciples – when they see the love you have for each other.’

Helping one another should be high on our list of priorities! We ourselves praise God for everyone over the years that helped us in some way… prayer backup, chauffeuring us to ministry venues, computer expertise, offering physical strength with awkward chores, refreshments, gifts and many other encouragements.

In turn we’ve always delighted to generously encourage others, intercede for the troubled, pray, counsel, explain scripture, mentor the family – not only leaders but any brother or sister in Christ. In short, to stand with and be there for others!

This is being responsible… helping others grow in faith, in their own experience of God’s goodness and power, discovering their own strengths in Jesus. And we also want unsaved folk to know that Christians still care for one another today, just like it was in the early church – that Acts 2:1: ‘one accord thing’ – humothumadon – unanimously of one mind!

Encouraging ‘the family’
Personally we get great pleasure from encouraging anyone in life, particularly Christians. For years we’ve been a sort of halfway house for many – not only church leaders but any brother or sister in Christ.

Not so long ago a heavy-hearted person shared ongoing troubles with us. This was a guy with a great servant attitude who is usually helping  others and witnessing strongly for Jesus. In a nutshell he felt that Satan – that evil, deceptive enemy – was controlling his life, overcoming him with hassles, sickness, and strange troubles.

Quietly and in an intercessory manner we prayerfully set this precious man free from lies and deceits that had slithered in (Satan is ‘the old serpent’), reminding him of what God’s word declares about the devil – and about every Christian including him– that through Jesus we are overcomers, conquerors. That trials of all sorts, including sicknesses, are part of everyday life in this fallen society as we await meeting the Lord face-to-face and hearing his ‘well done, good and faithful servant.’

Then we challenged this dear chap with the ‘rub’ – or better still, the real difficulty – How can any Christian be an overcomer if there’s nothing, no adversary, no challenge to overcome?

Overcome is nikao – to subdue, conquer, gain the victory. This we can do… with Jesus’ help – ‘I can make it through anything in the one who makes me who I am’ (Philippians 4:13 Mge).

It appears that there are many Christians around who need encouragement from experienced brethren! Even Paul mentioned he was grateful for assistance rendered him – ‘You have done well to share with me in my present difficulty’ (Phil. 4:14NLT).

There are many other scriptures that tell us how much we owe Jesus, what he has released from heaven for us, who and what we are in him, how his power is within us enabling us to grow in our faith and be overcomers, and to help others.

This knowledge also enables us to be true family – encouraging each other (not just the pastor or Sunday prayer group but ourselves every day whoever, wherever we are). As we’ll be celebrating Pentecost next month – June 3 – perhaps Ephesians 3:16 (NLT) is a relevant scripture to finish with:  ‘He will empower you with inner strength through his Spirit.’   The NIrV calls it the Holy Spirit’s ‘power deep down inside you.’

We’re overcomers – the enemy of our enemy is our friend! Praying and caring for our church family, our brethren, is as important as reaching out to the unchurched!

Let’s encourage ourselves by the scriptures above – but let’s not miss any opportunity to encourage others! This being responsible – showing a careless world that we care for the church family! 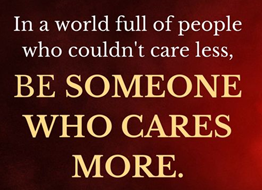