As we near Christmas once again I am thinking of missionaries who will not be home for Christmas.

The primary reason is because they are away from home, serving God in mission to the nations. Their primary task is to make Jesus Christ known as the Saviour of the world.

Yes, they will of course celebrate Christmas, away from home, and their loved ones. Perhaps they will sing the lovely carol, What Child Is This?

Ever popular, this carol was written in 1865 by William Chatterton Dix (an insurance company manager who had been struck by a severe illness. While recovering, he underwent a spiritual renewal that led him to write several hymns, including lyrics to this carol).

Let us look at those four titles in scripture noting four different aspects of the Christ-child.

1) As the son of David, Jesus was the Sovereign Child

2) As the son of Mary, Jesus was the Supernatural Child
Isaiah 7:14, ‘Therefore the Lord himself shall give you a sign; Behold, a virgin shall conceive, and bear a son, and shall call his name Immanuel.’

3) As the Son of man, Jesus was the Servant Child 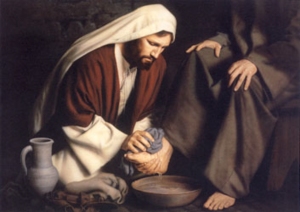 Matthew 12:18 quotes the prophet Isaiah 42:1: ‘Here is my servant whom I have chosen, the one I love, in whom I delight; I will put my Spirit on him, and he will proclaim justice to the nations.’

Paul records in Philippians 2:5-8, ‘Let this mind be in you, which was also in Christ Jesus:  Who, being in the form of God, thought it not robbery to be equal with God: But made himself of no reputation, and took on him the form of a servant, and was made in the likeness of men:  And being found in fashion as a man, he humbled himself, and became obedient unto death, even the death of the cross.’

As the servant child, the Lord Jesus Christ shared the limitations of human experience. Physical weariness and pain.  He submitted to the purpose of the Father, showed a pattern for us to follow of obedience, patience and ministry to others.

4) As the Son of God, Jesus was the Saviour Child

What child is this? 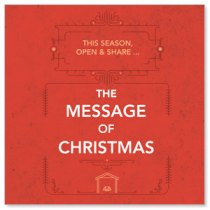 He is now the reigning Lord and Saviour of the world, ‘the King of kings and the Lord of lords.’ He alone has the power and right to forgive sin.

That is still the message of missions to all nations. Share it this Christmas!