Joseph had not seen it coming!

His jealous brothers sold him to traders who took him to Egypt where was bought as a slave by Potiphar, the captain of Pharaoh’s palace guard. It was an inauspicious start for the 17-year -old. The future did not look bright – he was a slave in a foreign country.

But Joseph showed a quality of character that Potiphar recognised and eventually he became the captain’s household supervisor.

‘Potiphar was pleased with him and made him his personal servant; so he put him in charge of his house and everything he owned’ (Genesis 39:4 GNB).

The curveball experience!
But no one anticipated the ‘curveball’ that came his way –

‘Joseph was well-built and good-looking, and after a while his master’s wife began to desire Joseph and asked him to go to bed with her.  He refused … Although she asked Joseph day after day, he would not go to bed with her.  But one day when Joseph went into the house to do his work, none of the house servants was there. She caught him by his robe and said, “Come to bed with me.” But he escaped and ran outside, leaving his robe in her hand.

‘When she saw that he had left his robe and had run out of the house, she called to her house servants and said, “Look at this! This Hebrew that my husband brought to the house is insulting us. He came into my room and tried to rape me, but I screamed as loud as I could. When he heard me scream, he ran outside, leaving his robe beside me.”

‘She kept his robe with her until Joseph’s master came home.  Then she told him the same story: “That Hebrew slave that you brought here came into my room and insulted me. But when I screamed, he ran outside, leaving his robe beside me.”

Accusation and condemnation
The accusation was sufficient to condemn him! Certainly his reputation was in shatters and his false imprisonment could have utterly destroyed him and nullified any potential he had in the service of Egypt and his family.

We are familiar with the account of how his life developed.  Eventually after some years in prison, at the age of 30 (Genesis 41:46) Joseph had the opportunity to give a correct interpretation of Pharaoh’s dreams. As a reward Joseph was released from prison and Pharaoh gave him a position of power in Egypt.

I have been considering the story of Joseph in recent days, particularly the episode when Potiphar’s wife’s false allegations against him resulted to his condemnation for something of which he was innocent. The glib quotes, ‘There’s no smoke without fire’ and ‘A clear conscience laughs at a false accusation’ are patently untrue.

Ipso facto guilt and rife hypocrisy
While I would in no way seek excuses for today’s sexual predators whose actions have caused emotional harm to innocent women, the problem with an accusation per se is that it sets in motion, at least, a suspicion of guilt concerning the person against whom the accusation is made.

Sadly, with great enthusiasm television, newspapers and other branches of the media are quick to report all claims made by those who declare that they are victims of sexual offences. Concomitant to that outpouring of hypocritical rage and indignation that the media gushes out, those who consume it show an insatiable appetite. Hypocrisy is rife! 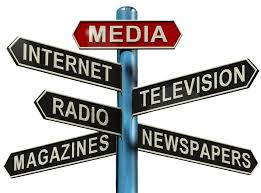 The media coverage of the complaints, while making sure that as many salacious facts as possible are included their reports contains the word ‘alleged.’ Unfortunately what many people read in the newspaper or see on television is accepted as being true and that the ‘offended’ persons are seen as both unquestionably factual in their accusations and courageous for having made them.

In Joseph’s case, that certainly was not the truth. For Potiphar’s wife revenge, humiliation and anger probably were what lay at the heart of her ‘attempted rape’ claims. But Joseph was the innocent party! And one does not always know what malice may actually lie at the heart of many of the accusations today.

‘Guilt by accusation’ seems to be the norm today.

But it is not only dangerous – it is an enemy of truth.

Recommended is his enlightening Looking for Answers in a Confusing World, available in electronic version in EPUB, Kindle and PDF formats with hyperlinks and offered free. Link for orders and questions: jbmcclure@gmail.com