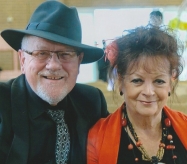 Some people think that ancient globes depicted dragons as warnings of the unknown ahead in unexplored territories. Not so!  Well… one did – the tiny copper European 1510AD Hunt-Lenox globe.

Paper maps were different. It was the medieval practice to depict sea monsters, beasties and other fearsome mythological creatures beside uncharted areas: cartographers of ancient maps adapted this to indicate possible dangers ahead.

Hic sunt dracones – Here be dragons! was the warning to brave explorers, adventurers and land pioneers who, like our modern Star Trek heroes, dared ‘to boldly go where no one has gone before.’

But as the church determinedly moves forward in 2018 – ‘boldly going where no one has gone before’ (or should have gone by now!) – Christians will do well to remember the general warning of dangers ahead in that ancient line, Here be dragons!

Dragons? Think dangers! Scripture not only mentions dragons in the Old Testament (some 18 verses)… the tanniym, referring to a sea or land monster, sea serpent or whale, but also the drakon in the New Testament book of Revelation.

Drakon is the real dragon we must be wary of as we move into unchartered waters of new God ordained challenges! Why? This dragon is indicative of that very powerful serpent – Satan!

Jesus warned that this dangerous dragon, this slivering, seductive serpent – Satan, the devil – ‘was a murderer from the beginning, not holding to the truth, for there is no truth in him… a liar and the father of lies’ (John 8:44). And a thief, a life taker: ‘The thief comes only to steal and kill and destroy’ (John 10:10).

Note the concept of Matthew 12:28, ‘But if I cast out demons by the Spirit of God, then the kingdom of God has come upon you.’ The Message reads ‘But if it’s by God’s power that I am sending the evil spirits packing, then God’s kingdom is here for sure.’

Now if you’ve been following Jesus for some time – especially moving in the ministry calling of God you responded to – you know Satan is real… sneaky and very powerful indeed, even spiritually sly (as he was with Eve in the garden [Genesis 3] and Jesus in the wilderness temptations [Matthew 4, Mark 1, Luke 4]!). No wonder there’s an old saying that if the devil is attacking you, you’re probably successfully doing something for Jesus that Satan isn’t happy about!

Revelation 12:9 and 20:2 describes this evil liar, this drakon – eg chapter 12, verse 9 Message: ‘The great dragon – ancient serpent, the one called Devil and Satan, the one who led the whole earth astray.’

But here’s good news!
The second part of Revelation 12:3 bears encouragement! It declares that the devil was ‘thrown out, and all his angels thrown out with him, thrown down to earth.’

That was like a first phase of God – who being creator is so much more powerful than Satan – dealing with this dragon!

Jesus, whose Easter victories we’ll celebrate in a couple of weeks, proclaimed his eyewitness confirmation of the devil’s casting down from heaven… ‘I know. I saw Satan fall, a bolt of lightning out of the sky’ (Luke 10:18Mge).

Those rebellious ‘angels’ flung to earth  along with Lucifer their leader are demonic forces that followers of Jesus can deal with (that is when and if they raise their ugly heads! Don’t go looking for them or foolishly ‘see them’ under church pews or in every poor sick person!).

Following Jesus’ examples his first disciples (out on a ‘missionary journey’) discovered that they too had power over such forces when they faithfully used the name of Jesus! Luke 10: 17 – ‘The seventy came back triumphant. “Master, even the demons danced to your tune!”.’ – is like a hallelujah chorus!

Interestingly Jesus just quietly, casually mentioned what he himself had witnessed about Satan being cast out of heaven But then he confirmed that his followers’ authority (exousia: superhuman ability) ‘to overcome all the power of the enemy’ (Luke 10:19) was for real, endorsed by him and willingly given!

But note… he immediately adds, lest they get bigheaded: ‘All the same, the great triumph is not in your authority over evil, but in God’s authority over you and presence with you. Not what you do for God but what God does for you – that’s the agenda for rejoicing’ (verse 20 Mge)!

Moving forward today
Revelation 20:2 assures us of a future God dealing with Satan time. Our Almighty God – who conquers with power – directs an angel to deal with the devil: ‘He grabbed the Dragon, that old snake – the very devil, Satan himself! – chained him up for a thousand years.’ Then the final, permanent dealing of Satan being cast into the lake of burning sulfur to be tormented forever! (Revelation 20:10).

But, hey – that’s way up ahead!  Despite every deceitful ‘prophesy’ about Christ’s near return, the church of Jesus has much to achieve before that dark time hits – ‘As long as it is day, we must do the works of him who sent me. Night is coming, when no one can work’ (John 9:4).

‘Works’– ‘our meantime challenges’ – include fulfilling the great commission of Matthew 28:18-20!

NLT reads: ‘Jesus came and told his disciples, “I have been given all authority in heaven and on earth. Therefore, go and make disciples of all the nations, baptising them in the name of the Father and the Son and the Holy Spirit. Teach these new disciples to obey all the commands I have given you. And be sure of this: I am with you always, even to the end of the age”.’ 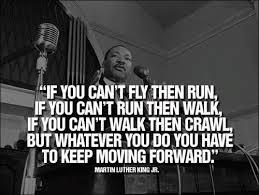 2018 is a time for active, challenged Christians to not only…

Good Friday  is only a few days away… as we rejoice over all that God’s only Son achieved for us through his sacrifice on Calvary’s rugged cross, let’s recall he’s our resurrected Lord. We all need to courageously follow our risen Lord wherever, however he directs us in 2018, committing our time, talents and treasures to his service.

Three months of 2018 are almost gone – let’s make the best of the nine that remain! Covered with  whole armour of God (Ephesians 6:10 -18) we can move forward as God’s anointed army, strongly and confidently fearing neither the devil, demons, challenges or fear itself! 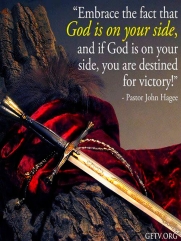 As we do so we can dare to laugh at that ancient warning about possible dragons ahead, ‘Here be dragons’ and rephrase it to read ‘Hic erit militibus – Here be warriors!

In other words, we can boldly proclaim ‘Dragons beware, here be Warriors brave and tall!’

We like this Ancient Ways poem by Zoe Beringer, a teacher of science, arts and maths at Western Australia’s The King’s College, a great moving forward Christian educational establishment some 480 students strong…

‘Here be dragons’ caution, old
Warning those who would draw near
But there upon the rocky knoll,
Its sign is faded, cracked and bare.

Where the people baulked in fear,
Of fiery breath that scorched the ground
Complacency has slowly grown
It’s mossy carpet all around.

Beware, within the rocky knoll
The twisted serpent waits and hides
To catch the careless in his coils
With silken hiss and emerald eyes.

O Warrior, so brave and fair
Appointed by the Holy One
Remember his redeeming blood
Has crushed this snake and vict’ry, won!

So call on him to bind this beast
Whose venom lies would dim your sight
Be wise, discern his veiled form –
The Lord of all will give you sight.

Jesus guides your every step
In safety round the serpent’s lair
Incline your ear to hear his voice
Cast out every doubt or fear.

Seek only Christ: His good, true path –
His word will light the ancient ways
Grasp his gift, his Spirit leads
Discover; and now sing his praise!

Forget those old Star Trekkers – think of the great crowd of Hebrew 11-12 witnesses who have already run their race of boldly going where no one has gone before –  know that they’re now cheering us onward to move forward. And may it be under the guidance of apostolic-minded pastors!

The writer of Hebrews 12:1-2 urges: ‘Do you see what this means – all these pioneers who blazed the way, all these veterans cheering us on? It means we’d better get on with it. Strip down, start running – and never quit! No extra spiritual fat, no parasitic sins. Keep your eyes on Jesus, who both began and finished this race we’re in. Study how he did it. Because he never lost sight of where he was headed—that exhilarating finish in and with God – he could put up with anything along the way: cross, shame, whatever. And now he’s there, in the place of honour, right alongside God.’

‘So let’s keep focused on that goal, those of us who want everything God has for us. If any of you have something else in mind, something less than total commitment, God will clear your blurred vision – you’ll see it yet! Now that we’re on the right track, let’s stay on it. Stick with me, friends. Keep track of those you see running this same course, headed for this same goal.’ 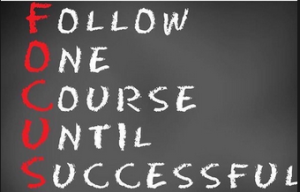 (Scripture and other emphases ours). Links relating to this article:  Ben Godwin’s A Cripple in the Castle / George Forbes’ The Gospel – The Best News on Earth! / Mike Shreve’s Eight Present-Tense Benefits of  the Resurrection of Jesus Christ