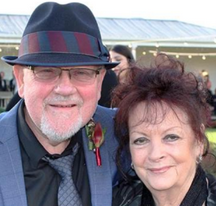 One never knows where a thought, an encounter, an incident, a new link, an observation, a happening, an event, something seen in real life, a movie, on TV or in a movie can lead to further thoughts.

We enjoy good movies, especially great old black and white film noir ones. Watched a detective one recently – 1948’s He Walked by Night – depicting how ‘real’ police-work is so often laboriously painstaking and lengthy before the offender is located let alone caught.

Highlight no 1
One interesting scene showed the entrance to Los Angeles’ city hall where some of the police work begins. This led to ‘other thoughts’ when we saw highlighted above the following great quotation…

Obviously those who chose this inscription knew Proverbs 14:34. Although the ‘old KJV’ reads ‘a nation’ the Hebrew word also infers ‘people’ as its base indicates a ‘massing.’ In any case the second part of this wise declaration and encouragement reads, ‘but sin is a reproach to any people.’

‘Coincidental’(?) highlight no 2!
Drafting this article we had zeroed in on righteousness, exalting, sin, reproach and how Solomon was talking about ‘doing the right thing’ thereby lifting up people up in their own eyes and those of others around them… whereas offensive behaviour – sin – is bad news observable by others.

Imagine our amazement when we received Jim McClure’s this month’s Teaching article Advance Australia… Where? and found he had quoted this same profound scripture! Better and clearer than we could, Dr Jim challengingly expounds these Proverbs 14 issues and the importance of godly righteousness! This is more than a coincidence, it’s timely! Do read it prayerfully.

Here we simply draw attention to the fact that it’s no wonder verse 35 is so punchy… ‘The king’s favour is toward a wise servant: but his wrath is against him that causes shame’ or as the Message reads, ‘Diligent work gets a warm commendation; shiftless work earns an angry rebuke.’

Praise God that Christians cleansed in the blood of Christ are righteous, have righteousness (See Romans 5:17, 10:4, 1 Corinthians 1:30, Philippians 3:9, 1 Peter 1: 1). Take, for example, Philippians 1:11, telling us that we have been ‘filled with the fruit of righteousness that comes through Jesus Christ.’ 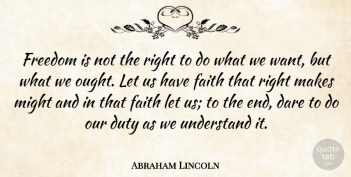 Just above that LA City Hall facades Solomon quote is another interesting and challenging inscription, this time an extract from Abraham Lincoln‘s writings – ‘LET US HAVE FAITH THAT RIGHT MAKES MIGHT’.

Christians have faith (or should have!)… faith in our God, his power, our future, ourselves, our calling in Christ to serve him, to speak timely Holy Spirit inspired words in season and not be thrown by what is going down around us in this troubled world!

Sadly every night here on 6 o’clock TV news we keep on hearing of more ‘reproaching sin’ – more vicious crimes and road-rage offences… even in our own major city of Melbourne, let alone our nation. Last night it was so evident that Seven’s presenter, after reporting the latest string of crime news clearly breathed a sigh of relief as he handed over to the sports’ presenter for something lighter!

And that recent announcement that police had ‘averted a tsunami of ice coming into Australia’ having seized a record $1.29 billion drug seizure, the largest found in either Australia or the US – showing a ‘clear’ link to ‘extremely sophisticated Mexican drug cartels’ – was offset by the disturbing comment that Australians were willing to pay highest prices for such substances!

It’s only natural for honest, God-fearing concerned citizens to pray for the police to be able to track down more criminal gangs, that the government does more, for our prime minister (a Pentecostal Christian). Australia, like any other nation has its increasing troubles but is still a great nation and can be greater – if under God!

Thoughtline: Early in our Christian growth of understanding Christianity and the history of ‘the’ church, we learned this thought-provoking truth… in Old Testament days prophets spoke to the people of Israel: In New Testament days it’s up to Christians to speak to our ‘Israel’ – the people of our nation!

Wow! Now that’s punchy too! There was a time when the voice of the church, of respected local ministers, and of genuine Christians was heard and honoured in the community and by certain government personnel. But sadly no longer so for many years!

Our faith, right (righteousness) and might (the Holy Spirit’s power) can make a difference in peoples’ lives!

The church – all Christians, not just pastors – beyond praying for the government and our police force, must do our part in sharing with locals around us about the love of God and aim to get unchurched people to begin thinking about discovering the reality of the God who cares for people and wants them to know his Son Jesus as friend and Saviour.

We must to be bold and move in faith and the might of God to do right! Like many Christians we follow a Today’s Scripture program and noted that today’s, Psalm 18:2Mge, happens to be a bold declaration of David’s – ‘Walk straight, act right, tell the truth.’ ‘Right’… working righteousness means to practise righteousness – getting back to thinking, doing and speaking!

Acting responsibly
If change is to come to this great southland of the Holy Spirit, it must start at grassroots level! Yes, Christians need to think clearly, act responsibly, and pray for our nation (as we recently heard done so sincerely in a Templestowe Pentecostal church) not only for our police force and parliament but for those so badly affected by…

Church-centred prayer is also needed in respect of churches that…

Let’s stand up for what is right on every opportunity we get. We of the faith, have faith: let’s mightily exercise it in whatever situation afforded us! Let’s live out our Christianity and help others wherever we can. Some scriptures from Romans along these lines:

Beyond praying, let’s be practical
Now although Colossians1:11 declares that we are ‘strengthened with all power according to his glorious might’ we admit we ourselves aren’t powerful evangelists, Franklin Graham types (many salvations expected in Oz this weekend through his ministry).

Nor one of those great evangelistic missionary heroes highlighted this month by missions statesman Dr George Forges… those humble but dedicated ‘ordinary’ individuals who changed the world of many around them (See Bridging the Gap) by the example of their Christlike love in helping strangers. 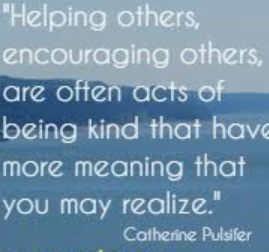 Our ministry these days is very practical… we simply trust the Lord to lead us to ‘touch a life’ and, like Lincoln believing and expecting that faith that right makes might, take every opportunity God sets up for us to meet obvious needs in locals by sharing a timely word of encouragement that often leads to testifying deeper about our caring God.

As we move around ‘our new territory’ we don’t encounter crime (thank the Lord) but regularly come across individuals needing encouragement, a kind word, a thank you for their services. In committing each new day to God, we never know what new episode the Lord will guide us into nor what ‘a chance encounter’ will lead to!

Now it doesn’t happen every day but so many times weekly we discover we’re being led by the Holy Spirit to speak a timely word into a stranger’s life brightening his or her day. And regularly we find unchurched people open to a simple quiet, non-embarrassing prayer. Quite often even they add an ‘Amen’ as such encouragements actually give them courage to deal with disappointments, sicknesses, job problems and other life hitches!

And thus we help break through that ‘social loneliness veneer’ that so many hide under, covering the roughness of troubled hearts… and we meet needs where people are at.

Dr Robert and Maureen McQuillan’s link is lifefocusministries@gmail.com  (Scripture and other emphases in this Onliner ours). Relating links: Bridging the Gap / Advance Australia… Where?