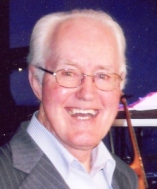 2019 is almost gone! Christmas – a time when people are expecting good things and encouragements by way of cards and gifts – is only a couple of weeks away.

But beyond meaningful cards and gifts, churches and Christians will be celebrating that the heart of God and the gospel message that speaks of the greatest gift of all – God’s gift of our Saviour, Jesus Christ.

The babe of Jesus Christmas would grow up to become the Saviour of the world, calling many to follow him and share the good news of the gospel.

I immediately think of one such calling – God’s choosing of Paul, the great apostle…

Chosen
In Acts 22:14-16(ISV) we read of Ananias challenging Paul (then called Saul): ‘The God of our ancestors has chosen you to know his will, to see the Righteous One, and to hear his own voice, because you will be his witness to all people of what you have seen and heard. So now, what are you waiting for? Get up…’

Throughout the history of Israel, chosen men of faith heard the voice of God. Men, whom God called and appointed, men of faith who pleased the Mighty God, creator and upholder of all things. Abraham and Noah stand out among them, whilst others such as Moses, Joshua, Caleb, Gideon, Joseph, David, Elijah, Elisha and the prophets, heard God speak to them personally.

They were the chosen ones who spoke to Israel generation after generation, revealing the plan and purpose of God for their time as well as the future.

Then in the time of the New Covenant and Testament, the apostles such as Paul (and others including many women) heard his voice and declared the good news of the atoning death and resurrection of Jesus Christ. Both Jews and other nations heard the message of love and forgiveness.

From that time until now those who have heard and not hardened their hearts have been saved, called and equipped by the ministry of the Holy Spirit to form the church in every nation, until the universal church of Jesus Christ is actively present in every country and people group in the world.  This is God’s will.

Witnessing
When arrested at the request of Jewish leaders Paul took the opportunity to testify before a Roman Centurion in Jerusalem. He spoke of his own conversion to Christ and of the prophecy spoken over his life by Ananias that the God had chosen him to know his will, to see the Righteous One, and to hear his own voice!

Paul had realised he’d been given a great authority and responsibility to know God’s will. Because he knew that he was chosen, he heard the voice of God and responded resulting in him becoming a great witness for Christ in the Roman Empire in the first century. He became the apostle to the nations.

God revealed his will to Paul that he would see the ‘righteous one’ and ‘hear his voice.’ I encourage you to read Acts 21… Paul recounts how on the road to Damascus the Lord Jesus had met him in what was a divine encounter that totally changed his life. He testifies of this encounter, sharing about a great light that shone around him, of his falling from his horse to the ground as he heard a voice that said, ‘Saul, Saul, why are you persecuting me?’

He had answered, ‘Who are you, Lord?’ And the reply came, ‘I am Jesus of Nazareth, whom you are persecuting. And when the shaken Paul responded, ‘What shall I do, Lord?’  he was told, ‘Rise, and go into Damascus, and there you will be told all that is appointed for you to do.’

Then he was led by the hand into Damascus, where Ananias a devout man stood by him and said, “Brother Saul, receive your sight.’  He immediately received his sight back and hear Ananias’ prophetic declaration, ‘Go; I will send you far away to the Gentiles’ (Acts 22:21). It was the beginning of Paul’s far-reaching ministry of sharing the gospel!

Sent
Since that time God has called, anointed, empowered and sent millions of gospel messengers both men and women to the nations.  Every generation has seen the work and witness of those who have heard his voice, whom God has chosen to serve him in obedience to his call and in fulfilment of his purpose.

Paul, writing to the Roman believers, had declared, ‘How shall they preach unless they are sent? As it is written, “How beautiful are the feet of those who preach the gospel of peace and bring glad tidings of good things!”’ (Romans 10:15).

This has been true throughout the history of the Christian faith. ‘Sent people’ are those who –

Challenge
I have met hundreds upon hundreds of these messengers of good news all around the world. They have each heard his voice; they have been chosen by God, called to a particular task and sent in his will to preach – share – the gospel of peace, bringing good news of the love, the mercy, and the goodness of God to people everywhere.

And they have risen and gone!

Oh, what a calling, what a privilege they each have in the will of God for the world.  Yes, God chose them, revealed his will for their ministry to them; they ‘saw’ the Lord and heard his voice and answered his call.

Let’s prayerfully and thankfully remember missionaries overseas and far from home this Christmas! But also remember that the call to rise and go involves us at home too!

I wonder… this Christmas will you be open, as many before us have been, to hearing God’s calling to witness Jesus overseas as a trained missionary? Or as a neighbourly witness in your local neighbourhood?

If so, then what are you waiting for – get up!