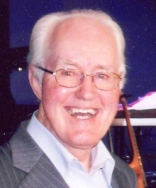 (September 6, 2020)
Editorial note:
Last month Dr George Forbes, former director of Australia AoG (ACC) World Missions, passed on to his heavenly home and great eternal reward. Internationally recognised as a missions’ statesperson, he was most certainly actively and passionately committed to faithfully serving Christ and to reaching the lost, even up to the end!

George Forbes’ heart was always for those who don’t know the Lord, not only in his preaching, teaching and writings but even for those around him in his final months in a care facility. Still strongly trusting God he would even take every opportunity to pray for any there who asked for prayer and hope… as well as praying in his daily devotions for missionaries that he’d encouraged and inspired over many years.

CHOSEN TO BE ACTIVE SERVANTS – SEVEN HIGHLIGHTS
We continue to hear of more Covid-19 cases around the world, of troubled people, even Christians, and of increased suicides and crime… and Jesus Christ is the answer to peoples’ needs.

1) Worldwide opportunities to actively reach the troubled
We’re still in a time of desperation worldwide – but with God-given opportunities to share
Jesus Christ’s gospel of hope whenever, wherever we can! Even in aged-care facilities.

I repeat what I been declaring recently – if ever the world needed hope it is most certainly today and Jesus is still the answer! But I add this challenge… today we (every Christian) are his chosen ones to witness Christ!

Abraham and Noah stand out among them. And of course there were others such as Moses, Joshua, Caleb, Gideon, Joseph, David, Elijah, Elisha… and the prophets who also heard God speak to them personally – and acted!

Chosen ones of Israel, they faithfully spoke to God’s people generation after generation, revealing his plan and purpose for their time as well as the future.

3) New Testament active chosen ones
The apostles and church leaders heard God’s voice too, and declared the good news of the atoning death and resurrection of Jesus Christ. They ensured that both Jews and other nations heard the message of love and forgiveness.

Paul was an exemplary example of such active chosen ones. When arrested at the request of Jewish leaders, he took the opportunity to testify (share Christ) before a Roman Centurion in Jerusalem.

Speaking of his conversion to Christ, he recalled the prophecy spoken over his life that he’d been called to be a chosen one.

Ananias of Damascus, another New Testament active chosen one, had prophesied ‘The God of our ancestors has chosen you to know his will and to see the Righteous One and to hear words from his mouth. You will be his witness to all people of what you have seen and heard. And now what are you waiting for? Get up, be baptised and wash your sins away, calling on his name’ (Acts 22:14-16).

Given a great authority and responsibility to know God’s will, to see the righteous one and to hear his
voice, Paul didn’t hesitate! Because he was chosen, he did hear the voice of God resulting in him became a great witness for Christ in the Roman Empire in the first century… he became the apostle to the nations.

This is God’s will… sharing his love and the gospel’s salvation message until the church of Jesus Christ is actively present in every country and people group in the world!

And over the decades God has called, anointed, empowered and sent millions of gospel messengers to the nations.  Every generation has seen the work and witness of those who have heard his voice, whom God has chosen to serve him in obedience to his call and in fulfilment of his purpose.

Paul, writing to the Roman believers, declared, ‘And how can anyone preach unless they are sent? As it is written: “How beautiful are the feet of those who bring good news!”’ (Romans 10:15).

The Message Bible puts it this way: ‘And how is anyone going to tell them, unless someone is sent to do it? That’s why scripture exclaims, “A sight to take your breath away! Grand processions of people telling all the good things of God!”’

This has been true throughout the history of the Christian faith… active chosen ones ‘sent by God’ to tell of the gospel of peace as well as good news of good things.

Over many years I’ve met hundreds and hundreds of such good news messengers all around the world. Each heard his voice, were chosen by God, called to a particular task and sent in his will to share/preach the gospel of peace, bringing good news of the love, the mercy, and the goodness of God to people everywhere.

What a calling, what a privilege they each have in the will of God for the world!  Yes, God chose them, revealed his will for their ministry to them: they saw the Lord and heard his voice – and answered his call.

6) Actively sharing today
My challenge to all Christians has always been this… and still is: Have you heard God calling you to reach out, maybe not to be an overseas missionary in this time of restricted travel but to share locally with …

7) Have you actively responded?
Oh, please pray for missionaries overseas; they always need your prayers and caring (and especially at this time)!

But remember… we are all chosen to serve (however, whatever), we all get opportunities to share the gospel good news about a loving God and our Saviour Jesus whether abroad or locally at home… but do we take them? 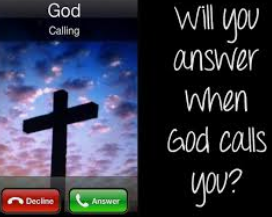 May we all fulfil our roles as active chosen ones!