I’m sure you’ve heard the sentiment, made famous by the popular Broadway musical Annie. It is relatable as it focuses on the difficulties of living…

Hard knocks focus
I went to the store last night and found the price of eggs has tripled in the last couple of weeks. So much for inexpensive protein! Empty belly life? Not quite. But I briefly considered a chicken coop in my small space, which could make for a more rotten smelly life for sure!

END_OF_DOCUMENT_TOKEN_TO_BE_REPLACED 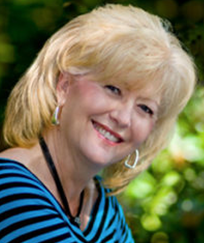 (July 17, 2019) Carol Round encourages us to keep running the Christian race…

In my early 40s, I began competing in 5K races. I never considered myself an athlete. But, I’ve always had a competitive edge, less so since I’ve grown spiritually. I’ve learned it’s not about who wins but doing my best with my God-given gifts.

During the four years I raced competitively, my time steadily improved. At first, it was about beating others in my age bracket to the finish line. I won some trophies and medals, which now mean very little to me. At the beginning of my racing years, I focused on my competition – those women in my age bracket. When I did, my time didn’t improve much.

Then, I learned a secret to persevering and not giving up. I began to focus on a goal ahead of me on the race course. I’d locate a tree, a utility pole or some other object in sight. As I passed each goal, I set another one, leading me to the finish line and improved race times.

Focus is the key! Focusing on my personal best instead of the competition was the answer to winning. END_OF_DOCUMENT_TOKEN_TO_BE_REPLACED

Paul’s great challenge in Ephesians 5: 15-17 should hit home to Christians of every generation! The apostle warns, ‘Be very careful, then, how you live – not as unwise but as wise, making the most of every opportunity because the days are evil. Therefore do not be foolish, but understand what the Lord’s will is.’

What do these verses say to us today?

I have a little thought to share here that I trust will both bless and challenge those who are truly aware that the days are indeed evil and that there is still much kingdom work for us to be involved in before the return of our Saviour, King Jesus. My little thought? There is more! Let me share…

Relevant relationships today
Ephesians is such a great Bible book to read and meditate on – in fact it is just  so good, and there is a huge amount we can learn, even from the text above. Basically the book is a letter to the church at Ephesus in which Paul is endeavouring to – END_OF_DOCUMENT_TOKEN_TO_BE_REPLACED