Anyone who is moving forward is moving into new territory, new experiences, new challenges and new opportunities.

This is applicable in all areas of life, including world evangelisation. If ever there was a time to move forward, it is now as we move into the second half of 2017!

Obedience
Obedience is the key word as we consider the world situation of the growth of the church of Jesus Christ. There has been much moving forward over the centuries as his church has grown.

When David Livingstone, the great missionary to Africa, said, ‘I am prepared to go anywhere, provided it be forward,’ he was expressing a heart of faith and commitment.

Dr Livingstone was prepared to face change, uncertainty and unlimited opportunity, to reach people who had never heard the gospel.

Passion, vision, dream, mission, inspiration
Livingstone had set his heart on China, however the opium war blocked his plans to leave England and go to that nation.

Then, in the providence of God, he attended a meeting at the great Albert Hall in London, where he heard the Scottish Congregationalist missionary Robert Moffat speak with passion of: ‘Looking inland each morning, at the smoke of a thousand fires rising from villages, where no gospel had ever been heard.’ 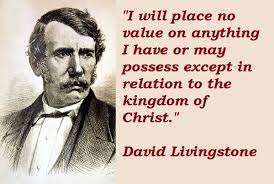 David Livingstone ‘moved forward’ that day in a giant step when he offered to go to Africa. When he had said from his heart, ‘I am prepared to go anywhere, provided it be forward’ he meant it. His vision, his heart and his life were united in one direction.  It was ‘forward’ to where people without Christ lived and died, without the knowledge of God’s love and Christ’s death for their eternal salvation.

Livingstone became the greatest ever explorer of inland Africa. Driven by a dream to go forward where no missionary had ever been, he became a man of God with a mission.  Apart from his own life and testimony, he showed the way for thousands to follow him into the heart of Africa to preach Christ and plant churches. A great number have followed him in this commitment. They have taken their steps of faith and obedience too, as they have heard the cry of the lost and the call of God to them as individuals.

Exploring new opportunities, touching and impacting lives
I think of my friends Jossy and Jenni Chacko and their field workers who have answered the call of God to touch Asia and beyond.

Their passion and commitment has resulted in many communities and gatherings of transformed lives. The Chackos are of the same mould that has inspired others, who in the will of God have pushed forward to ‘explore’ new opportunities to touch and impact people groups who as yet have not heard life-changing good news. 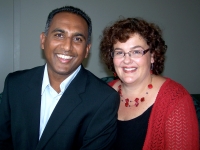 ‘Moving Forward’ has indeed captured the heart and spirit of Jossy and Jenni Chacko.  This is because they’re aware of the heart of God toward all nations. The word and the will of God identifies all nations as the focus of God’s love and eternal purpose. Jossy, founder-director of Empart (https://www.facebook.com/EmpartAustralia/)  , has virtually declared, ‘Anywhere, as long as it is forward.’

As all such committed followers everywhere move forward in ‘cutting edge’ transformation across the world in obedience to the command of Christ, they will move mountains as they bring life-changing good news to millions. We can join them in this great forward move through daily prayer – at the least – and as God leads, partner with them in this big task.

And, thank God, there are others who have this same kind of vision, this same desire to move forward. They are people of many nationalities, who have the overwhelming desire to ‘move forward’ as the Holy Spirit leads and empowers them.

The Holy Spirit is stirring many hearts to ‘look on the field,’ to ‘go into all the world.’ To reach the unreached peoples of the world who have no gospel and no one yet among them who will tell them the good news of Jesus Christ.

This is cutting edge mission. It is greatly lacking in all the activity that we call ‘mission’ and must again become central to our purpose and to our moving forward.

If God is speaking to you about involvement in this greatest task on earth, I urge you to become informed, to become involved. We must move forward if we are to do the will of God in this 21st century. 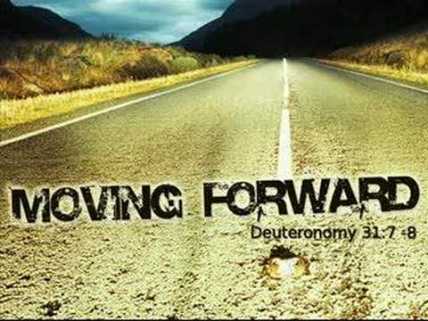 Dr George Forbes is internationally recognised as a missionary statesman with a heart for the lost of the nations. With a wealth of missionary knowledge and a unique ability to communicate the global picture, he is widely known as the ‘story-teller.’ Link: georgeforbes2@gmail.com