Hoon is a derogatory term often used  to refer to anyone, especially  young people, who engages in loutish activities that can include speeding, burnouts, doughnuts or screeching tyres. In other words… irresponsible behaviour.

Commitment lacking
We were talking recently with a mature young friend about dependability – or the rather the lack of it – in some church circles.

Now our insightful friend is not only dedicated to his commitment as a husband and father, he’s a highly reliable but ever so busy businessperson. And yet he’s also totally committed to doing whatever is required of him by the both the Lord and his pastor to help build his home church.

And as we shared, he pointed out his observations of a major problem with many Christians, particularly the younger ones – although they claim they want to serve Jesus and their church through their talents and skills but they have no concept of commitment.

Actually this observation came up when we shared that we grew up in a day when one’s word was their bond. That if you said you would do something, then you did it no matter what it cost you… time, energy, personal expense especially if your promise – your commitment – involved doing something for your pastor and local church. And you answered letters and as phones with call-back messages became the in-thing, you replied to them!

In fact, we said that we believed commitment is a Christian characteristic, a biblical principle, not just the right thing to do!

Young guns with spinning wheels
Our wise young friend put it this way: It’s a case of young guns all raring to go, but not much sense of direction or purpose – wheels spinning but going nowhere!

Aware that young people are usually very tec-savvy and their skills are so needed in church circles to ensure professionalism and in line with the world’s competitiveness but that many young people expect remuneration, he made a further comment: ‘Voluntary ministry is a thankless job, and unfortunately, while most Generations X, Y, Z and Alpha seem spiritually willing, they can be fleshly and intentionally weak on execution… a tough gig.’

Incidentally, this ‘generations’ thing (depending on which source one reads) is usually stated as:

But whatever the title, the reality is that every generation in this mixed-up troubled world is looking for genuine love – that agape love without limits that our esteemed theologian friend Dr Jim McClure wrote so exegetically on in back in May (https://connectingwithyou.net/2017/05/11/words-of-life-g2-love-without-limits-agape/ ).

Who can influence these young guns with spinning wheels?
Research shows that many are seeking for something more, something more meaningful than just friendships among their limited core group of three to eight friends.

Recently some churches are referring to themselves not just as the family but a community (in some countries churches actually have to call themselves ‘communities’ not ‘churches’ otherwise they could be persecuted).

Such a church ‘community’ is founded on Christian love… many of these generations actually want such a community where they’re understood, accepted, respected, and included, not treated as outsiders, unwanted sinners.

On top of this inner longing, research shows that while they spend most of their spare time with their peers, they often fail to experience real unconditional love, and a meaningful connection when with them. Above all else they, teens and twenties especially, wish for a genuine happy relationship and an understanding that ‘never being bored’ is of highest importance to them. 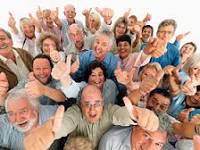 Believe it or not, here’s where the ‘old fogies’ come in! It’s interesting that Baby Boomers have been termed ‘the Builders’ – as such we are challenged today to reach a mixture of all generations, not just the Y, X, Z and Alphas.

Some time back a Google report pointed out that Australia was being transformed by population ageing – the baby boom cohort of almost 6 million people born between 1946 and 1964. That the ‘baby boomers are the first generation to face the new ‘third age’ with its unprecedented expectation of a decade or two of relatively healthy life after retirement.’

Wise Christian seniors today can bring to later life a range of life experiences and expectations that are profoundly different from those of previous generations. How then can such builders – the ‘old fogies’ – reach today’s younger generation and involve them in church matters that will pause their spinning wheels and get them going somewhere positive with kingdom meaning?

In love we can be like Jesus, do what he did, and follow his example! With loving concern he made a point of reaching people where they were at!  Such as –

Needed: Genuine people whose word is their bond and can be trusted!
Why is such action needed – not only toward the unchurched but in regards to our current church attenders? We’re told that research has revealed a strongly felt need in these ‘generations’ … reliable guidance, direction and mentoring that is trustworthy – beyond TV ads and, for that matter, church hype that is regularly thrown at them.

Tec-savvy most of these ‘younger generations’ may be – but they are unsure of where they are now, never mind where they’re going. They look for understanding, respect – and genuine people, caring and experienced.

It appears the reality is that these folk are seeking specific direction from someone who genuinely seeks to know them, their situation, and has even travelled that way themselves. Beyond the glitter of their tec-savvy world, they’re looking for real life role models and mentors who not only know the way, but also go the way, and can show the way!

Researchers have pointed out that ‘traditional blackboard chalk and talk’ won’t work with this generation. While Baby Boomers…

It’s been reckoned that there are essentials that genuine builders must consider when reaching these other ‘generations’ today, Essentials such as –
1. Reality
It was acknowledged that Jesus spoke with authority. These ‘generations’ don’t expect us to know all about their culture or lifestyle… but if we ‘experienced oldies’ are to reach and help them, we need to know that they can sniff out phonies, that they expect our communication and lifestyle to be credible, not riddled with hidden agendas or falsity.

Let’s be transparent as we seek to reach them, aware that they are seeking reality as well as understanding and respect. Let’s know too that they are not necessarily impacted by some slickly manufactured spiel or rehearsed talk! They don’t want to be intimidated but seek truth, genuineness and spontaneity that comes from the heart.

2. Relevancy
Church leaders particularly must recognise that these generations, especially Alpha, access the most advanced technology, movie special effects, and video games – we’re not in the competition game: we’re here to share in simple clear speech the gospel’s good news through our testimony and our sincerity in caring for others.

There is an old and true guideline in education circles: ‘They don’t care how much you know until they know how much you care! Communicating to this generation requires openness, vulnerability, and genuine interest in those we are trying to reach, and above all else, understanding.’ 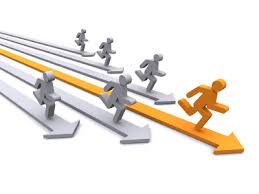 With the Holy Spirit’s help, from our years of experience, we Baby Boomers can be effective builders – wisely  mentoring and encouraging any of these generations… giving them honesty, genuine friendship, good advice, direction in life, and a reason to be committed to following and serving Jesus – and their church (See Dr Jim’s September article linked below).

Let’s always reach out as Jesus would to help and encourage them move ahead – not remaining stuck due to spinning wheels that are going nowhere! No Christian is meant to be a spiritual hoon but a traveller in this life who is ever moving forward with a strong sense of security in Jesus.