The word ‘love’ is a very busy one in the English language and is used to cover many things. We can say that we love our car, dog, fish and chips, our parents, children, wife or girlfriend/boyfriend.  We describe that warm fuzzy feeling for people we like as ‘love.’ Or we may use the word to describe a raging emotional or sexual passion.

Clearly ‘love’ is used to describe a wide range of experiences. But the Greeks used at least four words to describe some of the things we call ‘love.’ 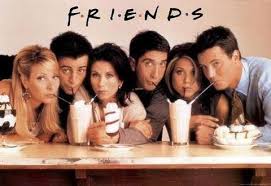 (i) They used the word philia, which is a word that expresses friendship (The verb is phileo). God did not make us to be socially self-existent – we need to have friends. But there is also a selfish element in philia – it is largely based on the premise that if you like me, I will like you! This mutually positive attitude is the basis of friendship. That is not to deny its value as friendship is an essential ingredient to enrich our lives and without it we are impoverished. Therefore philia is a love that we all need for friendship and is vitally important.

We find this word (in its verbal form) used in an interesting way in John 21:15-16 where Jesus asked Peter (who had previously denied him) ‘Do you love (agapao) me?’  In reply Peter did not use the word ‘agapao’ but answered with the word phileo which means that Peter was only prepared to say, at that point, that he was Jesus’ friend. Jesus asked Peter again, ‘Do you love (agapao) me?’ And again Peter replied, ‘You know that I love (phileo) you.’  But then in verse 17 Jesus used Peter’s word, asking, ‘Do you love (phileo) me?’ In other words, ‘Are you my friend?’ To which Peter replied, ‘Yes Lord, you know that I am your friend.’ So philia is something that we need to enhance our lives, but there is impermanence about philia for friendships can end.

(ii) The Greeks also used the word storge which is not found in the New Testament. It refers to a kind of love that would be compared with a deep affection we may have for someone, and was often used to describe relationships within families.  A mother, for example, may have storge for her child just because he or she is her child. Storge love does not need to be deserved – it just is!

However, strong though it may be, storge too may be impermanent, for affection for others, even within families, can evaporate.

The New Testament speaks positively about expressing sexual love within the marriage relationships, but because the eros was associated with lewd and corrupt behaviour, even in the first century, the writers of the New Testament avoided using it.  It must be said in passing that eros love in itself is not evil, but it is easily corrupted. Furthermore, eros also is impermanent.

(iv) Fourthly – and this is the word we want to focus on – the word agape was one of the most important and most used words in the New Testament. Some have expressed the opinion that agape was a word that the early church made up to reflect a unique kind of love. That is not true as it was actually used in classical Greek, though more infrequently.

However the translators of the Septuagint used it extensively – over 300 times – and this was probably one of the reasons it was also used in the New Testament. Nevertheless, the early church did something with the word agape – it infused it with new dimensions and made it its own special word to describe the kind of love which could only be defined as God-love. It is found over 200 times in the New Testament

1 . Agape is from God
Unlike philos, storge, and eros which can all be exercised apart from God – you could call these ‘human loves’ – agape is wholly dependent on God. In 1 John 4:7 and 16 state that ‘agape is from God’ and 1 John 4:8 states, ‘God is agape.’

This kind of love is from a divine source.  But there is even more to it than that.  When the Bible says that ‘God is love,’ it means that this is the essence and the expression of God’s character.

2. Agape is centred on the cross
The clearest demonstration of God’s agape is displayed in the cross. How do we know that God loves us?  All we have to do is look at the cross!  This was something so clearly understood by the early Christians.

Paul wrote about the universal scope of God’s love, ‘God shows his love (agape) for us in that while we were yet sinners Christ died for us’ (Romans 5:8 RSV). In Christ’s willingness to die in our place and for our sins, we are confronted by this reality – that God will go to extremes to save us and to make us his children.

In Galatians 2:20, Paul  writes also about the wonder of God’s love for us individually:  ‘… the Son of God, who loved me, and gave himself up for me.’

In giving Jesus, God was giving himself!   Agape love is a self-giving love and the only qualification to receive it is to need it!

One of the early leaders in the early church, Tertullian, who lived around 160 – 230 AD, commented that he had heard pagans make this observation as they looked on the quality of the life and relationships among the Christians – ‘See how these Christians love one another.’

The most effective means of drawing people to Jesus is to live a life that is agape – filled.

4. Agape is to be the undeviating position of Christians towards non-Christians
Jesus came on a mission – to seek and to save the lost (Luke 19:10) – and the underlying principle behind that mission was his agape. In his relationships with those particularly who were generally considered excluded from ‘respectable’ society, Jesus demonstrated the inclusiveness of his love, and his reaching out to Zacchaeus is an example of agape in practice (Luke 19:1-10).

In fact, because he continually demonstrated a life of agape, Jesus was condemned by the religious people of his day who sneeringly described him as ‘a glutton and a drunkard, a friend of tax collectors and sinners!’ But his agape was not only for those considered by society as ‘rejects.’

Nicodemus, a member of the Jewish Sanhedrin, certainly did not fit that category, yet it was to him that Jesus spelt it out so clearly the universality of God’s agape (John 3:16). Jesus demonstrated the depth of his compassion for all people and provided the model of a life of agape for all Christians to follow. Paul proclaims, ‘God’s mercy is so abundant, and his love for us is so great’ (Eph. 2:4 GNB).

Loving those who need to discover God’s love should be an on-going life-principle for every follower of Jesus Christ.

5. Agape is not a feeling but an attitude and an act of the will.
Many Christians mistakenly think that Christian love is something that is ‘felt’ rather than a ‘chosen.’ Agape does not need a response to sustain it because it is based on a decision which is, ‘I will continue to do all that I can for you regardless of whether you like me or hate me.’

Let me give you an illustration.  Some years ago we were living in a small town in the United States, in Pennsylvania. There was only one Negro family in that town and as they lived across the street from us, we got to know them fairly well, particularly the wife, Modestine. They were Christians who really loved the Lord.

One day one of Modestine’s neighbours, who had to be out of town for the day, asked her to take care of her elderly mother. Modestine agreed to do so.  Her neighbour, however, then gave her this warning – her mother did not like Negroes!  When Modestine went to visit the elderly lady during the day, bringing her cups of coffee and lunch and dinner, each time she was verbally abused.

In the end Modestine said to her, ‘I don’t care what you say to me or do to me, you can’t stop me loving you!’  That is agape!

6. Agape is not humanly possible!
Despite the grandeur and beauty of 1 Corinthians 13, the truth is that it is humanly impossible to live in this way!  Yet here is the irony – Jesus commands us so to do! ‘This is my commandment, that you love one another as I loved you’ (John 15:12). But he also tells us that agape is expressed in our obedience to him, ‘If you love me, you will do as I command’ (John 14:15).

Is God then being unreasonable in commanding us to do something which he knows we cannot do?  By no means!  Agape is divine love – its source is God. And even though it is a human impossibility to live a life of agape, that life becomes possible in and through us when we truly allow God to live in us, and when we choose to live out in our lives what he has placed into them.

7. Agape is not impermanent!

Previously we saw that the other three kinds of love – philios, storge and eros – all had the flaw of lacking permanency.  But agape has permanency as one of its main characteristics.

Paul wrote in Romans 8:35 that nothing can separate us from the love of Christ.  This divine love, this agape, is wonderful beyond comprehension, extravagant beyond compare, unique, distinctive, abundant, undeserved, free to receive yet often costly to give, powerful, unchangeable, life-transforming, tough, and permanent.

In 1 Corinthians 13:13 Paul refers to three abiding realities, faith, hope and agape, and then declares that the greatest of these is agape!

His new book, Looking for Answers in a Confusing World, has just been released and is available in electronic version in EPUB, Kindle and PDF formats with hyperlinks and offered free. Link for orders and questions: jbmcclure@gmail.com