1. Here’s a Christmas-linked thought. ‘I opened two gifts this morning. They were my eyes.’

2. Here’s a Christmas-linked question: ‘What good is sight without light?’

Sight requires light. The same is true with insight.

Insight requires the light of revelation
A definition of revelation is when something that was or is hidden in darkness comes into the light. It’s a ‘reveal-a-tion’ and it could be physical, mental or spiritual. 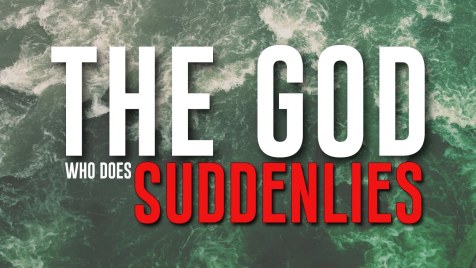 The Bethlehem suddenly
The long, dark night was suddenly invaded by a festival of light from on high as it were.

What was concealed in time and darkness was suddenly revealed in the light! The Christ-coming was God in the fullness of time opening eyes to see Christ prophecies suddenly being fulfilled. The future became the present and opened eyes were seeing it. 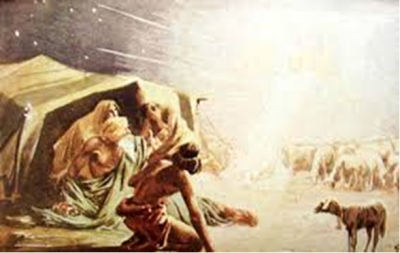 The shepherds enjoyed a celestial light show with a great speaker: ‘An angel of the Lord suddenly stood before them, and the glory of the Lord shone around them; and they were terribly frightened. And the angel said to them, “Do not be afraid; for behold, I bring you good news of a great joy which shall be for all the people; for today in the city of David there has been for you a Saviour, who is the Christ the Lord.”’

The shepherds’ next suddenlies
‘And suddenly there appeared with the angel a multitude of the heavenly host praising God and saying, “Glory to God in the highest, and on earth peace among men with who he is pleased.”’

The ‘shepherds’ own sudden’ was their prompt response to this festival of lights: ‘Let us go straight to Bethlehem then, and see this thing that has happened which the Lord has made known to us.’

Truth revealed in light opened the way to the light of the world who stepped out of darkness and time, into the light and present. Christ means Messiah, the prophesied anointed one, sent by God with salvation for all people (John 3:16).

Later the Magi would follow a stunningly bright star from the East, so obvious you couldn’t ignore it. The star led them on a lengthy journey straight to the Christ Child who would one day declare (John 14:6): ‘I am the way, the truth and the life .’

To such I plead: ‘Don’t be closed minded like the cat owner saying to his cat inside his house, ‘Never, ever, think outside of the box!’

And I add this: The same suddenly way Jesus appeared in those suddenly incidents the ‘first Christmas’ he will suddenly appear again to greet all who have accepted him as Saviour. Paul proclaimed this in I Corinthians 15:52, ‘Suddenly, in the twinkling of an eye, we will be transformed, for our mortal, perishable, bodies must put on immortal…and we shall be like him.’

God fulfilled his promises back then: He will fulfil his future promises too. God is incredibly credible.

I encourage you to make this Christmas a very special one… that you would open-mindedly let the ultimate light shine in your heart and decide to accept Jesus as Saviour.