Today millions of Jews around the world are almost at the conclusion of the celebration of Hanukkah – which relates to something that occurred 2156 years ago.

It celebrates the recapture of Jerusalem and the rededication of the temple after the Syrian ruler, Antiochus, killed thousands of Jews, banned Jewish worship, prohibited the reading of the scriptures, sacrificed pigs on the altar and refused the Jews to practise the ceremonial laws of their religion.

A group of Jews, under the leadership of Judas Maccabeus, formed a band of guerrillas to fight against the much stronger and larger army of Antiochus – and they won! Jerusalem was liberated, the temple was cleansed, a new altar was built and the temple was rededicated in 139 BC. A new lampstand had to be made as the beautiful golden lampstand had been stolen from the temple by the Syrians.

Only pure fresh olive oil was ever used to provide the light on the temple’s lampstand… this is where the story gets really interesting. Only a small jar of pure olive oil could be found, sufficient for keeping the lamp lit for only one day. But apparently, miraculously, it burned for eight days until new oil was again available. That event is still celebrated over an eight day period today and it is also called The Festival of Lights. That eight day period this year is celebrated between the 12th and 20th of December.

I mention this because of the proximity of the Festival of Lights celebration to the Christian celebration of Christmas, and also because, while Hanukkah celebrates the miraculous gift of oil that provided light in the temple for eight days, at Christmas we celebrate the inexpressible gift of Jesus Christ, who is the light of the world.

The Prophetic Announcement
This theme of the triumph of light over darkness is a thoroughly biblical one and is eloquently expressed in Isaiah 9:2, ‘The people walking in darkness have seen a great light; on those living in the land of the shadow of death a light has dawned.’

At the time Isaiah wrote those words, the people in the northern kingdom of Israel were in a dark situation. Israel was being threatened by the powerful kingdom of Assyria that lay to its north. The people in Israel were living in fear, disunity and were spiritually bankrupt. Ahaz, king of Israel, who should have been an inspiration and encouragement to his people and faithful to his God, had aligned himself with the Assyrians.

Furthermore, he had turned his back on God, embraced other gods and lived by the corrupt values of the surrounding nations.  In 2 Chronicles 28:24-25 we read, ‘He shut the doors of the Lord’s temple and set up altars at every street corner in Jerusalem.  In every town in Judah he built high places to burn sacrifices to other gods and provoked the Lord, the God of his fathers, to anger.’

The whole of the previous chapter of Isaiah chapter 8 is a description of national despair and hopelessness.  In fact the last verse of that chapter is crushingly pessimistic. It says, ‘Then they will look to the earth, and see trouble and darkness, gloom of anguish; and they will be driven into darkness.’ Those terrible depressing words keep piling up! And chapter 9 (NKJV) begins in the same tone, using words such as gloom, distress and oppression.

But in verse 2 a shaft of light blazes through – ‘The people walking in darkness have seen a great light; on those living in the land of the shadow of death a light has dawned.’

Isaiah did not sugar-coat the situation nor the inevitable consequences when God’s people turned away from him, did not acknowledge who he was and lived according to their own corrupt values.   God’s people were in a state of darkness!  The word ‘darkness’ is often used symbolically in the Bible to describe oppression, immorality, rejection of God, calamity and hopelessness.

In Hebrew the root of the word translated here as ‘living’ actually means ‘sitting.’ The fact that they were sitting in the darkness suggests that they were not actively trying to do anything about their condition.

The verse continues to say that they were sitting in ‘the shadow of death.’ This is the same word that is used in Psalm 23 that refers to the valley of the ‘shadow of death.’  It is a place of sadness and loss.

The Present
Today we seem to be in such a place! 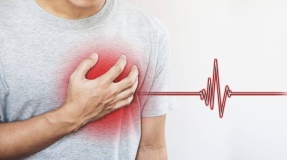 There is a great sickness infecting the earth – a spiritual disease that has had major social consequences. These are dark days… days of –

In our own society we see sound moral values being scorned and dismissed as being outdated and repressive.  We are witnessing the mocking of God and the ridiculing of the Christian faith.

However… holding God in contempt and embracing a life-style that is dishonouring and displeasing to him, as king Ahaz did, has severe spiritual and social consequences.

The present ailment of the church and failed Christian witness are evident for all to see.  But is there a cure? Has the flame of hope been extinguished? Has the darkness won?  Isaiah 9 also answers these questions.

After emphasising the darkness of conditions in the land by using such words as gloom, anguish, war, oppression, extent of the darkness he suddenly affirms, ‘The people walking in darkness have seen a great light; on those living in the land of the shadow of death a light has dawned.’

And what is the cause of this change of mood in which the darkness is displaced and everything is flooded with light? Nothing less than the birth of a child – but not just any child! The child who was to bring light and hope into a dark world was to be a descendant of King David.

That child was not born until over 700 years later which may seem a long time, but let me assure you that God’s timing is always exactly right.

Paul wrote in Galatians 4:4GNB, ‘When the right time finally came, God sent his own Son.’ The birth of Jesus Christ was a key event in God’s eternal plan and its timing was perfect.

Isaiah had gone on to say: ‘To us a child is born, to us a son is given, and the government will be on his shoulders.  And he will be called Wonderful Counsellor, Mighty God, Everlasting Father, Prince of Peace.’ (verse 6) These descriptions could not be applied to anyone but Jesus.

(i) ‘Wonderful Counsellor’
In Hebrew the word translated here as ‘wonderful’ refers to something that is great, even miraculous. Jesus is wonderful in who he is. In Titus 2:13 he is described as ‘our great God and Saviour.’ He is also wonderful because of his miraculous birth – he is incomparable.

And he is a wonderful Counsellor. If ever the world stood in need of wise counsel, it is now.

Or ‘God the Mighty One.’ No one is greater than he…

(iii) ‘Everlasting Father’
He is eternal and he cares for us with an unfailing fatherly love. In the parable of the

Prodigal Son Jesus described the measure of such fatherly love.  It is a love of a father who never gives up on his children and it is a love that will last for ever.

(iv) ‘Prince of Peace’
When Jesus was born the angels sang, ‘Peace on earth on whom his favour rests.’

The Hebrew word for peace, shalom, does not just mean an absence of war. It is about completeness, and contentment and God’s ultimate triumph over all things. Jesus said to his disciples, ‘Peace I leave with you, my peace I give you’ (John 14:27). 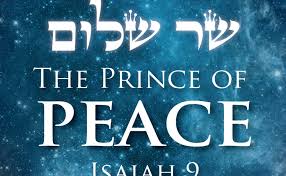 And Paul described Jesus this way, ‘He himself is our peace …’ (Ephesians 2:14). Jesus is the Prince of Peace and, in putting our trust in him, we shall find wholeness. As Paul has written in Romans 5:1, ‘Having been justified by faith, we have peace [that is, completeness, wholeness] with God through our Lord Jesus Christ.’

Jesus alone was the fulfilment of Isaiah’s prophetic vision of the coming one in whom the great light of God would dawn in the world. Jesus gave us this personal assurance, ‘I am the light of the world. Whoever follows me will never walk in darkness, but will have the light of life’ (John 8:12).

The Positive Application
I too like the nostalgia and the sentiment evoked by the symbols of a sweet little baby lying in a rough wooden manger. But the real Christmas message is so much more than that.

It is about the victorious light of God entering a world that lay in the grip of Satan’s darkness. ‘In him appeared life and this life was the light of mankind. The light still shines in the darkness and the darkness has never put it out’ (John 1:5 JBP). While we are living at a time when great numbers of men and women have chosen to live in darkness, and while the dark shadows of evil seem to be advancing, darkness will never have the final word!

That is God’s Christmas promise to us! 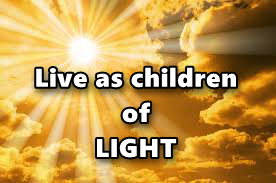 But to the followers of Jesus Christ Christmas also brings a challenge to let our lives faithfully reflect the light of his presence.

And here is our Christmas challenge – it is exactly the same as Paul gave to Christians 2000 years ago: ‘You were once darkness, but now you are light in the Lord. Live as children of light’ (Ephesians 5:8).

In his well-researched Grace Revisited he reveals grace as having a strong active meaning and is like a many faceted diamond out of which shines a greater understanding of the great God we worship.