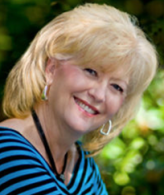 (October 22, 2019) Carol Round encourages us to let our Christianity shine forth in a needy world round us…

My neighbours were excited to show me the photos and video of the ten tiny turtles they’d rescued. They’d observed the mother turtle laying her eggs in their yard sometime in mid-summer.

To prevent predators from digging up the eggs, the couple placed an old metal crate over the site and marked it with a fake flower. When I enquired about their new yard ornament on one of my daily walks, I learned about the eggs and was excited about the approaching due date.

Days, weeks and months passed until the couple decided they would dig up the nest. They knew the eggs should have already hatched.

Digging in the darkness
Using a trowel, the couple began digging up the dirt. Roots impeded their progress, but eventually they rescued the hatchlings. As dusk gave away to early darkness, they needed a flashlight to wash the small reptiles.

After removing the dirt from the tiny bodies, the couple placed each turtle into a plastic container. Walking to the nearby lake, they lowered the container into the water to allow the turtles to swim out on their own. The couple thought their rescue mission was over. 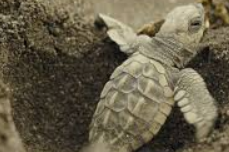 However, the turtles kept swimming to the shore where the couple’s wife was shining a flashlight. Then, it dawned on her that the turtles were attracted to the light. Turning the flashlight’s beam toward the lake and moving it gradually away from the shore did the trick. The ten siblings swam away.

The creation of light
Hearing the story of the baby turtles following the light, I was reminded of the many times ‘light is mentioned in scripture. In John 8:12, Jesus tells the Pharisees, ‘I am the light of the world.’ END_OF_DOCUMENT_TOKEN_TO_BE_REPLACED

Today millions of Jews around the world are almost at the conclusion of the celebration of Hanukkah – which relates to something that occurred 2156 years ago.

It celebrates the recapture of Jerusalem and the rededication of the temple after the Syrian ruler, Antiochus, killed thousands of Jews, banned Jewish worship, prohibited the reading of the scriptures, sacrificed pigs on the altar and refused the Jews to practise the ceremonial laws of their religion.

A group of Jews, under the leadership of Judas Maccabeus, formed a band of guerrillas to fight against the much stronger and larger army of Antiochus – and they won! Jerusalem was liberated, the temple was cleansed, a new altar was built and the temple was rededicated in 139 BC. A new lampstand had to be made as the beautiful golden lampstand had been stolen from the temple by the Syrians.

Only pure fresh olive oil was ever used to provide the light on the temple’s lampstand… this is where the story gets really interesting. Only a small jar of pure olive oil could be found, sufficient for keeping the lamp lit for only one day. But apparently, miraculously, it burned for eight days until new oil was again available. That event is still celebrated over an eight day period today and it is also called The Festival of Lights. That eight day period this year is celebrated between the 12th and 20th of December.

I mention this because of the proximity of the Festival of Lights celebration to the Christian celebration of Christmas, and also because, while Hanukkah celebrates the miraculous gift of oil that provided light in the temple for eight days, at Christmas we celebrate the inexpressible gift of Jesus Christ, who is the light of the world. END_OF_DOCUMENT_TOKEN_TO_BE_REPLACED

For years Lights! Camera! Action! has been the call  on the movie sets of our world as the crew begin another ‘take.’

Christians live on a world-stage where the performance is not make-believe but the profession of a living testimony where Christ is ‘clearly portrayed’ (Galatians 3:1).

The context in which Paul wrote was one of …

We too, in our day, face the same pressures and suffer the same challenges: We need another ‘take’…our own version of ‘Lights! Camera! Action!’ Not a new call – but a renewed, rediscovered call to attention, concentration and demonstration. END_OF_DOCUMENT_TOKEN_TO_BE_REPLACED

Green Senator, Janet Rice, on an ABC radio programme called me a troglodyte. Not specifically me, of course, but all who hold my conviction that marriage is between a man and a woman.

What is a troglodyte? One dictionary gives this definition:
1. Prehistoric cave dweller
2. Person of degraded, primitive, or brutal character
3. Person living in seclusion
4. Person unacquainted with affairs of the world
5. Animal living underground.

The reason behind such vitriol is not only to challenge any and all disagreement of homosexual relationships and lifestyles, but particularly to silence all opposing views and values. END_OF_DOCUMENT_TOKEN_TO_BE_REPLACED