(March 25, 2018) Ben Godwin reminds us of Easter realities as he shares a king’s goodness toward a troubled young man…

The news spread rapidly. Israel had suffered a devastating defeat. King Saul and his son, Jonathan, had been slain in battle by the Philistines.

It was common in ancient regime changes to execute all the royal family to eliminate any heirs to the throne and a nurse acted quickly.

Terrified, she scooped up a five-year-old prince to whisk him to safety. But in her haste she stumbled,

dropping the boy… and unfortunately both his legs were broken. Consequently, Mephibosheth, Jonathan’s son, was lame the rest of his life.

Mephibosheth is a fitting type of the human race – he was of a royal line but crippled by a fall.

Years later, during his reign as king, David wondered, ‘Is there still anyone who is left of the house of Saul, that I may show him kindness for Jonathan’s sake?’ (2 Samuel 9:1 NKJV). He was told Mephibosheth was living like a pauper in an obscure town called Lodebar.

Lodebar means ‘without pasture or barren place.’ That describes our spiritual condition before we met our heavenly king! Life without God is a barren wilderness. Nothing can satisfy the hole in our soul that only he can fill.

David, a type of Christ, gave this maimed man four things which God has also given to us:

1) Unmerited Affection
King David welcomed the lame prince to his palace: ‘Do not fear, for I will surely show you kindness for Jonathan your father’s sake . . . and you shall eat bread at my table continually’ (2 Samuel 9:7). 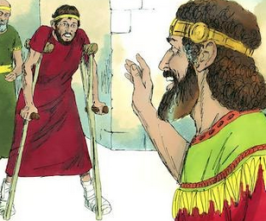 It had been years prior that David and Jonathan made a pact to take care of each other’s family (1 Samuel 18:1-4). Mephibosheth became the recipient of the king’s love and favour which he did absolutely nothing to deserve!

Sounds a lot like grace! ‘For by grace you have been saved through faith, and that not of yourselves; it is the gift of God, not of works, lest anyone should boast’ (Ephesians 2:8-9).

We are the beneficiaries of the covenant God and Christ made at the cross. We have received divine favour and affection due to the atonement Christ made as our substitute. This too is something Christian churches will be celebrating this Easter weekend!

2) Unconditional Acceptance
‘As for Mephibosheth,’ said the king, ‘he shall eat at my table like one of the king’s sons’ (2 Samuel 9:11NKJV).

The name Mephibosheth means ‘destroying shame.’ He was probably raised to believe David was his enemy rather than a benevolent benefactor…  but David restored his dignity and accepted him as his own son.

Many people wrongly assume God is their enemy when, in fact, he’s the best friend they’ll ever have. He’s looking for opportunities to bless everyone.

Notice Mephibosheth’s response to David’s generosity, ‘What is your servant that you should look on such a dead dog as I?’ (2 Samuel 9:8). On face value it sounds like he had low self-esteem, but he was expressing his sense of unworthiness eg: ‘I don’t belong here, I don’t deserve all this kindness.’ 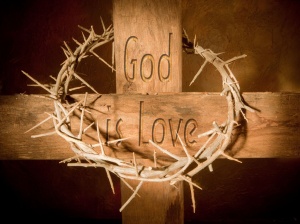 The truth is, we are all unworthy of God’s goodness, but Jesus’ blood has made us worthy. God accepts us unconditionally as we are when we genuinely repent, asking forgiveness of our sins and we accept Jesus as Saviour. God loves us too much to leave us feeling unworthy. This is yet another reality of the Easter story!

Society accepts or rejects people based on their appearance, intelligence, money, personality, or talent. God accepts us because he created us – we have an eternal soul and Christ died for us and has an eternal plan for us.

When a married couple adopts a child, they tend to choose the healthiest, smartest, prettiest, most well-behaved child. When God adopts, he chooses the neediest child – and that child was you and me!

3. Unlimited Access
‘So Mephibosheth dwelt in Jerusalem, for he ate continually at the king’s table’ (2 Samuel 9:13). This lame prince was granted unlimited access to the palace.

In Old Testament times, access to God was restricted. Only priests could enter the Holy Place in the temple and only the high priest was allowed in the Holy of Holies once a year on the Day of Atonement.

When Jesus died, the veil in the temple was torn in two, exposing God’s presence and granting all believers unlimited access to him. ‘But now in Christ Jesus you who once were far off have been brought near by the blood of Christ . . . For through him we both have access by one Spirit to the Father’ (Ephesians 2:13, 18).

In Christ the unapproachable God is approachable. We’ve been given a seat at the king’s table.

Unfortunately, many Christians are dumpster divers, dining at the tabloid trough of carnality. Luke 15:15ff reminds us that the prodigal son eventually got tired of swine feed and decided to return to his father’s house!

Can you hear the master calling today, ‘come and dine’?

4. Unwavering Allegiance
Loyalty is tested in the absence of those we love. Absalom’s coup against his father’s throne forced David to flee Jerusalem for six months. Mephibosheth, tricked by his caregiver, Ziba, was left behind.

When David returned to his throne 2 Samuel 19:24 records, ‘Mephibosheth, Saul’s grandson, also went down to meet the king. He had not taken care of his feet or trimmed his mustache or washed his clothes from the day the king left until the day he returned safely.’ No, Mephibosheth was not a slob. He simply lived in self-denial during the king’s absence.

Ziba had actually slandered Mephibosheth in order to gain more of Saul’s inheritance (2 Samuel 16:4) – yet, finally reunited with David, Mephibosheth said, ‘Let him [Ziba] take everything, now that my lord the king has returned home safely’ (2 Samuel 19:30).

Loyalty breeds loyalty. King David’s kindness should produce an unwavering allegiance in us towards our risen king – a ‘You-can-take-this-whole-world-just-give-me-Jesus’ mentality!

After David reclaimed his rightful throne, a three-year famine ensued. God allowed it as a penalty for Saul’s unjust brutality against the Gibeonites. When David sought to make amends, the Gibeonites demanded seven descendants of Saul to be hung to satisfy justice. Guess who was eligible? Mephibosheth!

David’s response? ‘But the king spared Mephibosheth the son of Jonathan, the son of Saul, because of the Lord’s oath that was between them . . .’ (2 Samuel 21:7).

Mephibosheth was spared in a time of judgment. When judgment falls on this prodigal planet, those loyal to Christ will be spared. ‘For God did not appoint us to suffer wrath but to receive salvation through our Lord Jesus Christ’ (1 Thessalonians 5:9).

There are many cripples living in the king’s castle today! We were all lame princes and princesses living like paupers. Now, thanks to the cross of Christ and the power of his blood, we have a permanent seat at the king’s table. 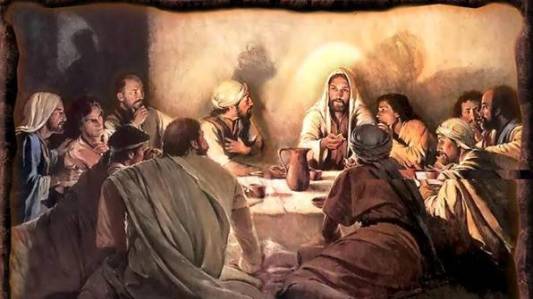 Again that earlier challenge… Can you hear the master calling, ‘come and dine’?