(March 25, 2018) Ben Godwin reminds us of Easter realities as he shares a king’s goodness toward a troubled young man…

The news spread rapidly. Israel had suffered a devastating defeat. King Saul and his son, Jonathan, had been slain in battle by the Philistines.

It was common in ancient regime changes to execute all the royal family to eliminate any heirs to the throne and a nurse acted quickly.

Terrified, she scooped up a five-year-old prince to whisk him to safety. But in her haste she stumbled,

dropping the boy… and unfortunately both his legs were broken. Consequently, Mephibosheth, Jonathan’s son, was lame the rest of his life.

Mephibosheth is a fitting type of the human race – he was of a royal line but crippled by a fall.

Years later, during his reign as king, David wondered, ‘Is there still anyone who is left of the house of Saul, that I may show him kindness for Jonathan’s sake?’ (2 Samuel 9:1 NKJV). He was told Mephibosheth was living like a pauper in an obscure town called Lodebar.

Lodebar means ‘without pasture or barren place.’ That describes our spiritual condition before we met our heavenly king! Life without God is a barren wilderness. Nothing can satisfy the hole in our soul that only he can fill.

David, a type of Christ, gave this maimed man four things which God has also given to us: END_OF_DOCUMENT_TOKEN_TO_BE_REPLACED

From the presumed monopoly by denominations to the limits of our clever labelling, the Holy Spirit has been hijacked and sabotaged!

The sharp-sighted evangelist Vance Havner described the result of this misunderstanding, mishandling and misapplication: ‘Satan has scored a point in making us so afraid of extremism about the Holy Spirit…that we may miss the true in our fear of the false. We can be so wary of getting out on a limb that we never go up the tree!’

We need to let the Holy Spirit be himself, and that we may become and do all we were intended to.

May I introduce you to ‘The Pentecostal Baptist’ – someone the Bible records having these Holy Spirit credentials: ‘Though John never performed a miraculous sign, all that John said about this man was true.’  And in that place many believed in Jesus’ (John 10:41-42, NIV).

1) An inviting clarification
We believe in ‘full salvation.’ The reality of God in the gospel of Christ is radical – God’s book teaches it…truly knowing Jesus Christ demands it…the presence of the Holy Spirit enables it. END_OF_DOCUMENT_TOKEN_TO_BE_REPLACED

Let’s go back in our hearts to that Black Friday nearly two thousand years ago. The Roman Governor Pontius Pilate presented before the crowd two men: One man named Barabbas and the other Jesus. Pilate declared: ‘It is your custom that I free one prisoner to you at Passover! Which do you choose?’

‘Give us Barabbas!’ the angry mob cried.

Why did the crowd choose this man over the Messiah? What did they expect?

One was a sinner – one was sinless but chose to become sin
It is quite possible that Pilate presented before the crowd two men named Jesus. Some scholars believed Barabbas’ real name was ‘Jesus Barabbas.’ The Greek scholar and early Christian theologian Origen found many early manuscripts of Matthew 27:16-17 which referred to Barabbas as ‘Jesus Barabbas.’ And the name ‘Jesus’ was a common name in first-century Galilee.

So, if Barabbas’ first name was Jesus, then the question could be rephrased, ‘Which Jesus do you choose?’ It’s a question that can still be asked today as we are presented with so many different ‘Jesus’ figures globally. To some, he is a great teacher. To some, a prophet. To some, he is God’s son. To some, a mere man. And sadly to some, just a myth. END_OF_DOCUMENT_TOKEN_TO_BE_REPLACED 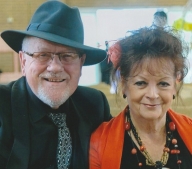 So many times we hear people raving about our amazing world of computerisation – and the vastness of the information one can find so quickly on Google. Such as the oft-quoted ‘Got a question? Ask the computer – Google knows everything!’

And countless times this is true. Google is regarded as the biggest dictionary in the world!

But, having heard such a proclamation yet again recently and with Easter only a few weeks away, our thoughts went back to the heart of an article/story we ran a few years back.

And so this blog is all about a certain question – one that even the latest, greatest super-duper computer couldn’t answer and broke up into pieces trying! The question? A single three letter one – Why? END_OF_DOCUMENT_TOKEN_TO_BE_REPLACED 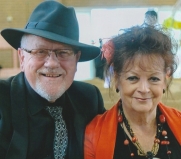 (March 6, 2017) Robert and Maureen McQuillan reminisce and share a challenge to dare …

An article in a magazine about movies/TV shows/comic characters grabbed our attention last week –taking us back to the fifties, yet speaking about a real need today!

In a day when some serious-minded Christians, including church leaders, are saying that we need a fresh revival, here was an article by the delighted editor about another revival, that of the renowned 1950s British comic book hero – Dan Dare.

Okay… many, especially our younger generation and non-Brits will wonder who’s he? Who was Dan Dare? This editor (not an aged senior, by the  way!) stated it simply – ‘Before there was the science fiction Quartermass, before Doctor Who, before … there was Colonel Dan Dare – Pilot of the Future.

Boldly going places
We can easily add that decades before Star Trek and the Klingons or Star Wars and Dark Vader, there was Dan Dare and his arch-nemesis, the evil reptile-looking Mekon of Mekonta, ruler of the Treens! Decades before James T Kirk ever declared the Enterprise’s mission to ‘boldly go where no man has gone before’ we who were kids in the fifties can reflect and boldly declare that Dan Dare has been there, done that! END_OF_DOCUMENT_TOKEN_TO_BE_REPLACED

Our world is full of people who have no hope!

There are multiplied reasons for this tragedy; however my purpose is not to describe the hopelessness, but to share the reality that there is hope.

Christians have a living hope
The hope of Christians worldwide is based on God’s love and amazing mercy; on the death and resurrection of Jesus Christ and on the plan of salvation for all who believe.

If you need hope, if you’re asking questions about life and the unknown future, I invite you to consider what the apostle Peter wrote.  It is found in chapter three of his first letter to the churches. Here are the words he wrote, translated faithfully and clearly in English…

‘Blessed be the God and Father of our Lord Jesus Christ, who according to his great mercy has regenerated us again to a living hope through the resurrection of Jesus Christ from the dead, to an inheritance incorruptible and undefiled, and unfading, reserved in heaven for you by the power of God, having been kept through faith to a salvation ready to be revealed in the last time’ (1Peter 1:3-5). END_OF_DOCUMENT_TOKEN_TO_BE_REPLACED

(December 12, 2016) Missionary statesman Dr George Forbes reminds us that wherever we live, we must be active Christians…

‘Faith is daring the soul to go beyond what the eyes can see!’

I came across this powerful saying in a great little booklet titled, God’s Little Instruction Book. It tends to stick in one’s mind as it encapsulates a fundamental truth.

We know that God’s word declares that…

END_OF_DOCUMENT_TOKEN_TO_BE_REPLACED

The Hebrew and Greek words of scripture are like inexhaustible mines and one finds new treasures each time the words are examined.

I have selected just a few words from the Old and New Testaments and have sought to open them up to reveal just some of the amazing truths they contain. Firstly – salvation… END_OF_DOCUMENT_TOKEN_TO_BE_REPLACED

Brian Bell shares a meditation on sorrow, shelter and security…

Perhaps these words may be familiar to you –

Are your crosses too heavy to carry,
And burdens too heavy to bear;
Are there heartaches and tears and anguish
And there’s no one who seems to care? END_OF_DOCUMENT_TOKEN_TO_BE_REPLACED

Recently we watched that classic Amazing Grace, the story of William Wilberforce, an evangelical Christian, at personal cost dedicating himself for 18 tough years lobbying the British parliament for the abolition of the slave trade.

In 1807 the slave trade was finally abolished. But the fight went on to free those who were already slaves and it wasn’t until 1833 that an act was passed giving freedom to all slaves in the British Empire.

One scene from this great movie filled with Christian principles sticks in our mind as we approach Easter this month. It is when Wilberforce (actor Ioan Gruffudd) calls on his old mentor old preacher, John Newton (played by the inimitable Albert Finney). END_OF_DOCUMENT_TOKEN_TO_BE_REPLACED