An innocent question about Jesus from a primary school classmate set a 10-year-old Jewish boy from London on the road to discovering his Messiah.

Gerry Cohen, now 63, looks back on the monumental effect this has had on his life, and why he is still passionate about the need for fellow Jews to find Jesus for themselves.

Searching
In an interview with Jane Moxon for the CMJ (Church’s Ministry among Jewish people) website, Gerry recalled that time, 53 years ago, when his friend Nigel asked him: ‘What’s Jesus when you’re Jewish?”

END_OF_DOCUMENT_TOKEN_TO_BE_REPLACED 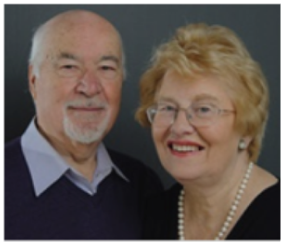 Such is the power of inspired scripture that when Charles Jennens gave the libretto of the Messiah to Handel, the composer was so moved and inspired that in 24 days he had completed the oratorio!

Handel said of the Hallelujah Chorus, ‘I did think I did see all heaven before me, and the great God himself.’ 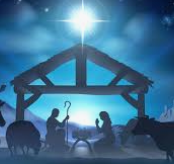 Holy Scripture can do that – and more! We were meditating on Isaiah 9:6…

‘For to us a child is born,to us a son is given,
and the government will be on his shoulders.
And he will be called
Wonderful Counsellor, Mighty God,
Everlasting Father, Prince of Peace.’

Victory lies in Christ
Proverbs 21:31 came to mind: ‘Victory rests with the Lord’ and we felt the Lord was saying- END_OF_DOCUMENT_TOKEN_TO_BE_REPLACED

Let’s go back in our hearts to that Black Friday nearly two thousand years ago. The Roman Governor Pontius Pilate presented before the crowd two men: One man named Barabbas and the other Jesus. Pilate declared: ‘It is your custom that I free one prisoner to you at Passover! Which do you choose?’

‘Give us Barabbas!’ the angry mob cried.

Why did the crowd choose this man over the Messiah? What did they expect?

One was a sinner – one was sinless but chose to become sin
It is quite possible that Pilate presented before the crowd two men named Jesus. Some scholars believed Barabbas’ real name was ‘Jesus Barabbas.’ The Greek scholar and early Christian theologian Origen found many early manuscripts of Matthew 27:16-17 which referred to Barabbas as ‘Jesus Barabbas.’ And the name ‘Jesus’ was a common name in first-century Galilee.

So, if Barabbas’ first name was Jesus, then the question could be rephrased, ‘Which Jesus do you choose?’ It’s a question that can still be asked today as we are presented with so many different ‘Jesus’ figures globally. To some, he is a great teacher. To some, a prophet. To some, he is God’s son. To some, a mere man. And sadly to some, just a myth. END_OF_DOCUMENT_TOKEN_TO_BE_REPLACED

Snatched from the jaws of the Nazis in the nick of time, a young boy, Heini Fiege, escaped to England to begin a new life.

It was a traumatic parting for Heini and his brother Arthur, aged seven and ten at the time, but their parents, Curt and Trude Fiege could see the writing on the wall and willingly gave up their boys for adoption to save them from the horrors of Auschwitz, where they would have perished within a few short years. END_OF_DOCUMENT_TOKEN_TO_BE_REPLACED