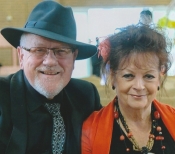 Noticed that our granddaughter, Bonnie-Jane Phillips, whom we married to Matthew Hoseini, a great young man three weeks ago, had happily Facebooked the following: ‘21 days ago I married my best friend! Cannot believe how quickly the time has gone by already.’

Blissfulness: A happy Matthew and Bonnie-Jane, only 21 days married

That, and some other happenings, led to sharing the following…

Asked last Monday what we were doing this weekend, we quietly said that on Saturday (today) we’d be happily celebrating our 57th wedding anniversary, some 21000 days if we count from the moment we first met (engaged within two weeks of blissfully falling in love!) but couldn’t get married being underage and unable to immediately win parental permission. Our friend’s eyes popped open wide and she remarked she couldn’t believe it!

With a gleeful smile I (Robert) said, ‘It’s true – and Maureen says she’s still working on me!’

Long-time marriages amaze people
Since then some other folk have also expressed surprise that we’re married so long, even some Christians.

In reality for several years now it has been a mystery to many, Christian or not, that anyone’s marriage can last for decades! A long time ago marriage lost its sacredness, respect, longevity, and meaning and became a hit or miss matter, a case of ‘If it doesn’t work out, we can divorce.’

Sadly today there are many unhappy marriages, broken marriages, even in Christian circles. The initial bliss, bubble and joy had disappeared and couples can’t find answers, and don’t want to stay married living in a sham relationship… even for their kids’ security sake.

God’s plan is that marriages last: His art form!
When committed to God, marriage is a most splendid adventure of trust, hope and happiness.

Yes there are rough spots but trust in God brings us through and we discover his best for each of us as we move ahead, believing in each other and encouraging each other. Love is fun… as well as serious. And we cultivate the best in each other.

God’s idea, his plan, is that marriage is for life. Jesus commented in Matthew 19:4-6, ‘Haven’t you read… that at the beginning the creator “made them male and female,” and said, “For this reason a man will leave his father and mother and be united to his wife, and the two will become one flesh”? So they are no longer two, but one flesh. Therefore what God has joined together, let no one separate.’ 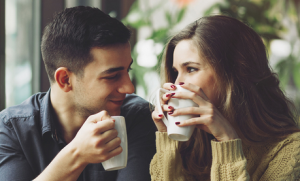 That ‘one flesh’ thing we see as just not an intimate physical matter but a threefold ‘agreement’ in spirit, soul and body.

In fact the  word indicates ‘agreement of motion’ and when we link in other scriptures about any husband and wife’s relationship in marriage, it’s so obvious that God intended us to be creatively caring for each other in every area of a married life where love is genuine.

We like the Message version of verse 6… ‘Because God created this organic union of the two sexes, no one should desecrate his art by cutting them apart.’

God’s art, his centrepiece
Wow! Not that we bet… but betcha you never thought of marriage as the centrepiece of God’s expansive, amazing artistry, his incredible imagination in action for humankind, his beloved creation (Next to the free gift of salvation, of course).

This ‘art’, this unique creativity of God, this important sacred institution called marriage reveals God’s heart, his love for his children! It goes back to when he saw the loneliness in Adam that only a gifted, loving female could fill and that a beautiful unique togetherness could develop between the two and last throughout the centuries (centuries back in the Genesis days but, because of sin, was sadly reduced to only decades).

I (Robert) am continually so strengthened, so blessed by my wife! As her husband I’m always thrilled when Maureen is acknowledged as being so creative; she’s actually regarded as a top decorator with a keen eye for detail, perfection and magnificence.

On the lighter side, a little aside story: The other day as we walked through a major store, a friend spotted her and called her over to give purchasing advice to his customer. Maureen helped complete his sale!

The creative Maureen often calls my attention to the beautiful sunsets falling to the west of our home, or the glorious sunrises in the east. They all look so picturesque indeed from our elevated home overlooking the valley and I cannot help but join her as she acknowledges that God is the CEO – the Creator Extraordinaire One. She regularly comments, ‘How can anyone say there is no God when they see the mastery of these skies?’

Of course I have to be creative too! So I ask the Holy Spirit to lead me into natural, commonsense ways of blessing my wife and seeking to ensure our marriage doesn’t stagnate in our ‘retirement stage of life’! That ‘first blissfulness’ may have long vanished but new bliss always lies ahead! So, today, Saturday, I’ve planned to do something exciting and different.

Regarding marriage being the centrepiece of God’s creative artistry, warm thoughts have been coming recently as we’ve considered the depths of the marriage relationship between husband and wife – and Paul’s insightful admonitions to married couples in Ephesians 5.

The apostle paints a magnificent picture of Christ’s love for his church – it comes afresh to us that God has really created a masterpiece of mystery prone for ongoing investigation and discovery when a couple in love continue to respect and honour each other in every way possible and put God first.

A sacred artwork never to be abused
In Christian marriage ceremonies, it’s pointed out that marriages are sacred… holy before God, especially created by him in his love for his creation since the beginning of time with Adam and Eve. They are! God-created, God intended, God-ordained… and God-blessed at such Christian ceremonies! And meant to be lived God-led, God-explored, and God-assisted.

As the days (years!) go by and one discovers more of God’s great masterpiece called marriage, no one – especially the couple themselves – should dare, should willingly belittle marriage… ‘put asunder’ as the old KJV renders it. That word ‘asunder’ speaks of division of married couples! It’s chorizo – to place room between. Thayer’s Greek Lexicon speaks of: to separate, divide, part, to separate one’s self from, to depart, to leave a husband or wife, of divorce.

This is a strong word… Paul uses it in his challenge of Romans 8:35 ‘Who shall separate us from the love of Christ? Shall trouble or hardship or …?’ In verse 37 he says regarding all the setback obstacles he lists that ‘in all these things we are more than conquerors through him [Jesus] who loved us.’

Okay, we admit that things do go wrong in marriages! We’ve often cheekily said that anyone who claims never to have had an argument in marriage is either a liar or has never lived! Yes, life is life and bad things happen to the good as well as the bad. But we have a God who wants to give us strength in every way, all because he loves his creation!

We also often challenge: ‘The Bible teaches that in Christ we’re overcomers but what’s an overcomer?’ And we respond, ‘Someone who overcomes something! And that means even marriage troubles!’

‘Christian marriage courses’
It’s good news that some churches endeavour to help couples of all ages to invest in their marriage, build it stronger, see the creative hand of God in the sacredness of it all.

We admit these are all vitally important, especially the aspect of readily forgiving when couples say something/do something wrong… even as Jesus and Paul strongly taught – but there’s one vitally important item we don’t see on such lists! One that we highlight when taking couples through a pre-marriage checklist that we call ME – Marriage Enrichment.

The power of trust
There’s so much we could say about successful marriages but space doesn’t permit. But one major is that trust is of essential prime importance… without it marriages hit the fan! 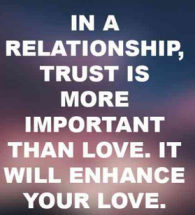 Any secular dictionary’s definition of ‘trust’ is similar to the various words translated trust in scripture… confidence, belief, faith. In fact, confidence is a great word.

a) Firstly and fundamentally, trust – confidence – in God
This develops through a meaningful personal relationship with our Saviour, Jesus Christ and is so powerful. In simple terms, it’s an assurance that things will work out.

Relationship with God develops most fundamentally through reading and following his word, the Holy Bible, praying (communicating) with him, hearing within the voice and guidance of the Holy Spirit.

b) Secondly trust… confidence in each other
We married when we were kids and so naïve, yet I (Robert) always knew without any shadow of doubt that I could always trust Maureen, always rely on her, and always have confidence in her.

And so many times I’ve been delighted to hear Maureen say this about me… this has been a major key to our lengthy relationship, our marriage – the artistry of God for us.

Naturally like everyone else we’ve made mistakes, had our ups and downs, trials and upsets, as well as discovering people and Satan trying to pull us apart. But our trust in God and in each other – and a promptness to understand and forgive, forget and move on – has always pulled us through.

Take a barefoot walk in the park!
As a part of our celebrating today, we had a pre-celebrating time yesterday… first a terrific meal at a favourite restaurant, Telegraph Hotel, where several staff warmly congratulated us and served a delightful luncheon.

Then, last night, (I creatively got front front seats!) we went to The Woodbin, a favourite local theatre, to thoroughly enjoy Neil Simon’s comedy Barefoot in the Park, with lead characters brilliantly performed by the talented Georgia Chara and Ian Nash-Gilchrist. 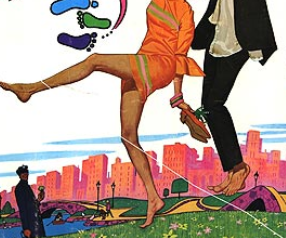 It was hilarious! And so real-life! (One could see oneself in the characters!).

The synopsis is that a young newlywed couple, free-spirited Corie and uptight lawyer Paul, share a sixth-floor apartment in Greenwich Village. Immediately after their honeymoon, misunderstanding and inappropriate behaviour causes conflict, that initial blissfulness of true love vanishes, and the young couple immediately consider divorce.

But matters are solved in the end as each learns some home truths about making a marriage long term and endearing… such as:

1) Dealing openly with conflicts
2) Understanding each other and forgiving
3) Reaching out to help each other in times of need
4) Dying to self
5) Willing flexibility can make marriage relationships work
6) Grasping all that real marriage goes beyond the initial blissfulness
7) Trusting each other!

Guess what?
These are our own seven keys to our ongoing years of happiness, hope and trust!

In celebrating 57 years of marriage (plus some earlier years of good old-fashioned courtship) we’re definitely no longer newlyweds wafting in honeymoon bliss. No, we’ve got something stronger, more reliable… and we continue to build on trusting our God – and each other – and the down-to-earth barefoot in the park points above.

We can and do recommend ‘God’s centrepiece art’!

(Scripture and other emphases ours).