As mentioned in August, although not classified as a missionary, Billy Graham was certainly called by God to be an evangelist to the world!

I do praise God that many have responded to God’s calling to be missionaries… but in doing so I remember that Matthew 22:14 states, ‘Many are called, but few chosen.’

Called but unprepared
This text has been interpreted in different ways; however I wish to write about the fact that though God calls those whom he has chosen, many are unprepared to activate their full response to the call of God because they have yet to complete the essential preparations for cross-cultural ministry.

Sadly for some, it is more to do with personal growth in Christ and learning how to walk in the Spirit. 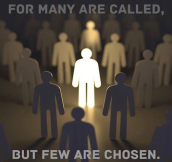 God called me to the nations in very clear ways when I was 18 years old but I wasn’t sent on my first journey to another nation until some eighteen years later! My equipping in ministry and working with people in Australia, including Australian Aborigines, took all those years before I stepped off the plane for my first visit to Papua New Guinea!

That was the time of beginning my journey of understanding God’s call to the nations. I soon realised that I was a novice among experienced missionaries. They graciously helped me over a period of years. My especial thanks to Cyril Westbrook, a gracious mission leader.

In this article I’m drawing attention to the very important matter of the ‘call’ of God.

The Bible word translated from the original Greek as ‘called’ means ‘invited’, ‘appointed’, ‘selected’, or ‘favoured.’  These are words that should be fully considered by every person dedicating themselves to the fulfilling of the call of God in their lives.

Novices need not apply
As I reflect on the hundreds of mission applicants whom I interviewed over a period of thirty years, I must now say that too many were novices.  I was a novice, when I was appointed as a young pastor, a novice when I was sent to Papua New Guinea.

Yet, I believe there are novices and there are novices!  My purpose in raising this matter is to help a younger generation prepare for service in the missionary world, if that is where God is calling them to serve him.

In the past, when new missionaries were enlisted to pioneer a new field, plant new churches where there were none, the challenge and reality was rather different. Even the general role of missionaries was different. So has the designation ‘missionary.’ That word is now in disfavour in many parts of the world, so different terminology is used for practical reasons. At the same time, the biblical ministry is the same, because the word of God is eternal.

I believe that the essential for any new missionary, whether or not that is their designation, is to fully prepare themselves in a range of ways, until they have spiritual maturity, biblical understanding, ministry experience and are ready for the new challenges ahead.

I increasingly consider that language learning should be part of this preparation, as different to on field language learning. Once they have a sound foundation in a new language they will soon have daily opportunity to practise and develop their skill.

The new generation
I am an observer of the new generation. As a grandfather and great grandfather, I rejoice in the privileges of my identity and relationship with my ten grandchildren and ten great grandchildren. I’m working at communicating in a different language, comprehending the IT world, and always loving each of them.  I’ve certainly proved that love wins every time and I’m learning something new from them almost every day.

At the same time, I am proving that the word of God is relevant in every generation. People everywhere need God. They need…

I work with my generation in my church and community, and I pray for the younger generation as I cheer them on. I believe that some of this generation will make their mark for God in the fulfilling of the Great Commission among all nations. 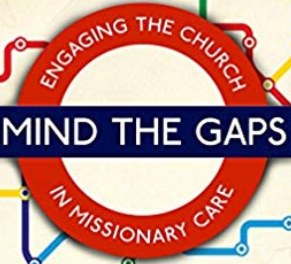 I am praying for that to come to pass in God’s perfect plan.