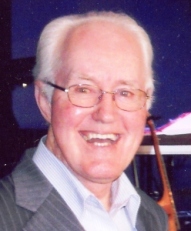 The truth recorded in various verses of the Bible is that God himself is the source of possibilities that are unlimited.

From creation on through every generation God’s everlasting arms have lifted up and encouraged so many. He has been a refuge for troubled, hurting men, women and children, more times than can be numbered. The Almighty God of heaven and earth cares so much for us… all because of his love for us.

But… sadly too often God’s love has been ignored and even rejected by proud sinful humankind – yet he made us, provided for us, patiently waited for our hearts to change and turn to him for fellowship and help. It is his unlimited love and mercy that give me hope today… and is available to all!

Possibilities are unlimited because of God’s love!

Certain moments can become opportunities for miracles
Jesus showed this to be true in his ministry, his death and his resurrection. He taught his disciples that the things that are impossible for us are possible for God. 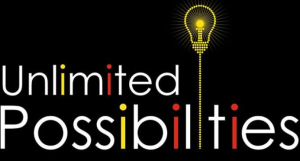 One time he said to the father of a child dumb from birth because of demon possession, that anything was possible to a person who believes (Mark 9:20ff). Asked if he believed, the father cried out, ‘I believe, help my unbelief.’

That moment an impossibility became a miracle of healing and deliverance! And at Jesus’ command the boy was set free from the impure spirit.

Example of a hindrance
When a religious leader who diligently kept the law of Moses asked Jesus (Luke 18:22-30), ‘What must I do to inherit eternal life?’ the answer Jesus gave him was profound!

Now I understand that Jesus was testing the man’s genuineness here when he added, ‘You still need to do one thing. Sell everything you have and give the money to the destitute, and you will have treasure in heaven. Then come back and follow me.’

But when the official heard this he became sad, because he was very rich. There is no record of how he dealt with this challenge but Jesus left him and the listeners around with a word of hope when he said, ‘How hard it is for rich people to get into the kingdom of God!’ But then he added that the things are impossible for people are possible for God (verse 27).

The possibilities of experiencing God’s help and power to do the seemingly impossible are always present… but holding tight to riches can be a hindrance.

Example of a more meaningful investment
There have been rich people throughout history who have not allowed their wealth to hinder their discipleship, their call in God. Some have even gladly given away their rightful inheritance for Christ, investing instead in the kingdom of God.

There is virtually no limit to what God can do in a life totally surrendered to him. Space does not permit me to write of the many that left their riches to serve God and discovered that impossibilities can become possibilities, but I would highlight one….

Charles Thomas Studd was a famous English cricketer who went on to be a missionary to China, Africa and India. Youngest of the ‘Studd Brothers’ – known for their cricket skills at Eton and Cambridge – Charles played in the August 1889 Test Match between England versus Australia (the one after which the Ashes were first named).

He was converted to Christianity along with his brothers while at Eton. Of the moment he met God for the first time, he said: ‘Right then and there, joy and peace came into my soul. I knew then what it was to be “born again,” and the Bible which had been so dry to me before, became everything.’ When he decided to give up sport to pursue a career as a missionary, he said: ‘I knew that cricket would not last, and honour would not last, and nothing in this world would last, but it was worthwhile living for the world to come.’

In his twenties, he served in the China Inland Mission where he married missionary Priscilla Livingstone Stewart. They lived in China for 10 years as pioneering missionaries before serving in India at a church in Ootacamund where his ministry was marked by numerous conversions among the British officials and the local community. Later, Charles worked in Central Africa until his death in 1931.

It was while in China that C T Studd reached the age of 25 years old and according to his father’s will he was to inherit a large sum of money. Through reading God’s Word and much prayer, he felt led to give his entire fortune to Christian ministries!

It’s recorded that ‘This was not a fool’s plunge on his part. It was his public testimony before God and man that he believed God’s word to be the surest thing on earth, and that the hundred fold interest which God has promised in this life, not to speak of the next, is an actual reality for those who believe it and act on it.’

C T Studd believed that God’s purposes could be confirmed through providential coincidences, such as a sum of money being donated spontaneously at just the right moment. He emphasised the life of faith, believing that God would provide for a Christian’s needs and encouraged Christians to take risks in planning missionary ventures, trusting in God to provide. 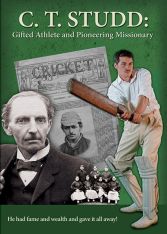 Of his missionary work C T Studd said, ‘Some want to live within the sound of church or chapel bell; I want to run a rescue shop within a yard of hell.’

His son-in-law and biographer Norman Grubb quotes from one of Studd’s last letters home: ‘… God called me to China and I went in spite of utmost opposition from all my loved ones… I deliberately at the call of God in 1910 gave up my life for this work, which was to be henceforth not for the Sudan only, but for the whole unevangelised world. My only joys therefore are that when God has given me a work to do, I have not refused it.’

May nothing hinder us!
C T Studd and others who have given up much to serve our loving Saviour, whether on the mission field or in their local church, have discovered that God will always support us, that his power is there for us, that he makes the impossible possible!

No matter what we may have to give up to follow Jesus, we can never out-give our generous God!

Returning to what I stated at the beginning of this blog – that our great God is a refuge for troubled, hurting men, women and children – may I also encourage every believer to…

After all, our God is the source… just connect to him in faith and trust. The possibilities are indeed unlimited! 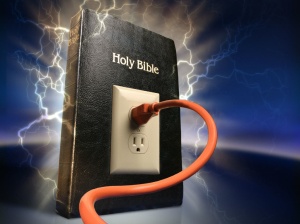