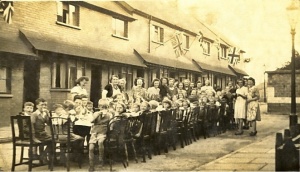 The world today is facing another war at different fronts – one that is different in so many ways from WW2 but which has also caused major social disruptions and the taking of many lives. The Covid-19 crisis of 2020 has seen the deaths of thousands of people worldwide.

However regrettable those numbers are, they take on a different perspective when compared to those of WW2. Yet the relentless tsunami of fearful media reports has created a state of paranoia among many people.

One of the casualties of war is ‘truth’ and in this ‘war’ against the Covid-19 pandemic truth also seems to have been a casualty. Who and what do we believe? What agendas are being pursued?

The second front of this war is political. I would suggest that of even greater concern than Covid-19 are the leftist, atheistic social revolutionary agendas of the Black Lives Matter movement and similar ideologies that exploited the emotions of people by fanning the flames of prejudice and social revolution while attacking the Christian faith and undermining its moral values. In recent news from Portland, Oregon we learn of anti-law and order demonstrations, rioting, looting and Bible-burning.

Spiritual Warfare
In reality what we are observing is the outworking of spiritual warfare that is referred to in the Bible. ‘Spiritual warfare’ is the biblical concept of fighting a war against evil that opposes God, turns people from God and works division and hostility in the world.

Paul describes it in these words, ‘Our struggle is not against flesh and blood, but against 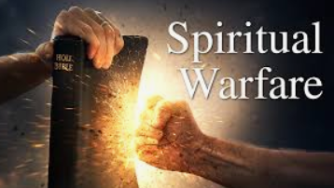 Dietrich Bonhoeffer, the German Lutheran pastor who took his stand against Hitler and the evil he was promoting, was imprisoned in a concentration camp and then executed in 1945. He wrote, ‘Silence in the face of evil is itself evil: God will not hold us guiltless.’

Whether we like it or not, Christians are caught up in this ongoing war that manifests itself in various evil ways through the ages and God calls us not to be silent in the face of evil.

Jesus came to confront and to conquer evil and to redeem humankind (John 3:16-17) – but how much he suffered in doing that for us. He was rejected falsely charged, convicted, mocked, spat on and then nailed to a cross. But three days later he rose from the dead as victor over sin, death and hell.

Sometimes, I think, as Christians we can become blasé about what that really meant and the cost Jesus paid.  So we seriously need to reflect on that – lest we forget! 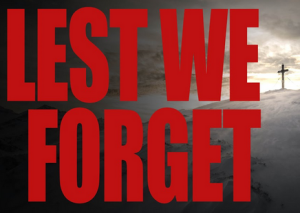