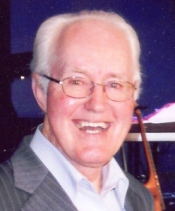 ‘And this gospel of the kingdom shall be proclaimed in all the world as a witness to all nations. And then the end shall come’ declares Matthew 24:14.

Nevertheless the end is ultimate! But between the beginning and the end there are many factors, including time, season, opportunity, and God’s enabling.

The certainty is that the gospel must be proclaimed in the entire world, nothing less, as a witness to all nations not one less, and then and only then, will the glorious end come. Then and only then…

The biggest business on earth!
Meanwhile we must be about our Father’s business. With his guidance, enabling and power, there is much work to do that must be done! END_OF_DOCUMENT_TOKEN_TO_BE_REPLACED

(August 26, 2019) Dr Jim McClure, straight shooting theologian, shares on the most misunderstood book in the Bible…

The book of Jonah is probably the best known book in the Old Testament – but for all the wrong reasons! Most people think of it as a pleasant bedtime story for children about a man who fell off a boat and was swallowed by a whale. A few days later the whale spat him out and he walked off into the land of happy-ever-after.

But that is not what the book of Jonah is about. Its message is much more interesting, challenging and radical than that.  In fact it is one of the most revolutionary books in the Old Testament!

Background to the story
The story of Jonah is set around 2700 years ago and the people of Israel believed that they were in an exclusive relationship with God who loved only them. They had a kind of exclusive and territorial mentality about Yahweh.

Yet we do not actually know much about him. We know that his name means ‘Dove’ and that he came from a town near Nazareth.  He was given an unenviable task – to go to Nineveh, the oldest and most densely populated city of the ancient Assyrian Empire which was also considered to be one of the wickedest cities in the world and its people were known for their ruthlessness, cruelty, child sacrifice, sexual perversion and witchcraft.

1. The reluctance of Jonah
(i) Jonah’s call
God’s call to Jonah was personal and specific – ‘Go to the great city of Nineveh and preach against it, because its wickedness has come up before me’ (1:2). END_OF_DOCUMENT_TOKEN_TO_BE_REPLACED

But sometimes we need to hear the bad news if it urges or provokes us to do something that may correct a tragedy or help us avoid disastrous consequences.

In Australia each year bush fires cause heartbreaking devastation to trees, animals, towns and, of course, people. How hard it is to watch the horrendous and frightening images of out-of-control fires raging through trees and homes, destroying livelihoods, creating havoc, causing death, pain, sorrow and financial devastation.

Fortunately many lives are saved each year when advance warning is given that enables people to vacate their properties, perhaps save their animals and leave with some treasured possessions. The tragedies would be significantly worse if warnings were withheld because they represented ‘bad news.’ Therefore, sometimes we do need to hear ‘bad news’ in order to avoid even worse consequences.

Angry response
However, the fact remains that no one likes to be on the receiving end of bad news. Some people deal with it by denying it. Others respond by anger at the person who delivers it.

There is an old saying that states, ‘If you don’t like the message, don’t kill the messenger.’  This advice has been around for a long time. For example, in the middle of the 5th century BC, Sophocles, a Greek poet and playwright, wrote, ‘No one loves the messenger who brings bad news.’

However, in recent days we have seen a ‘messenger’ being savaged by the media and social media. Israel Folau, who quoted from 1 Corinthians 6:9-10, has not only lost his employment as a rugby player but has also been roundly condemned as bigoted, intolerant, homophobic and so on.

But the bottom line is that what he tweeted is wholly in line with scripture. He was sharing a message that was not his and if the warning it contained was not to the liking of those who read it, he cannot be blamed for its content! END_OF_DOCUMENT_TOKEN_TO_BE_REPLACED