Here’s a sign giving good advice re punctuation – and a grammatical warning!

Contextually misused scripture misquotes
If misused punctuation can cause misunderstanding and trouble, so can misused context… particularly in respect of reading and quoting Bible verses out of context!

Here’s an example. You can read in the Bible that ‘There is no God.’ However, when read in context, here’s what the Bible actually says: ‘The fool says in his heart, “There is no God”’ (Psalm 14:1).

In being prepared for ministry, it is rightly and repeatedly hammered home to prospective preachers – and needs to still be remembered by those more experienced – ‘a text without a context is a pretext!’ END_OF_DOCUMENT_TOKEN_TO_BE_REPLACED

Unfortunately me and mine have had the horrendous experience of having our home burgled … and more than once!

The most frightening occurrence was the time I was actually in the house. In anticipation of my wife Helen returning home from a night out, I had left the front door closed but unlocked.

Assuming it was Helen returning I didn’t react and check when I heard the door opening – it was a shock to discover later that some intruders had quickly stolen a mobile phone and snatched some car and house keys with the intention of returning later for more plunder!

Just five minutes prior to the break in, I had taken my two young children to bed – right past that closed but unlocked door! No danger at that moment – but what might have happened had we been there in that spot when the thieves came? Even now I shudder to think.

That incident of leaving the door open – unbolted – was definitely no laughing matter!

Neither are unbolted doors to the occult
Have I got your attention about the danger of ‘closed but unlocked doors’? Good – because I  want you to think about certain other unlocked door dangers… such as occult goings-on, the subtlety of October 31’s Halloween with its apparently harmless ‘Happy Halloween’/’Trick or Treat’/’Dress-up Fun.’ And, for that matter, other happenings that most people including ‘blindsided’ Christians regard as merely laughing matters! END_OF_DOCUMENT_TOKEN_TO_BE_REPLACED 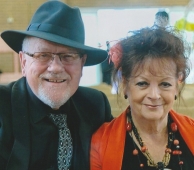 A great biblical truth for Christians, particularly those in ministry, is conveyed in this old story. A well-known tale, it’s been handed down over the years, even Googled … just don’t miss the point!

The two wolves within
One evening an old Cherokee told his grandson about life and a battle that goes on inside people. END_OF_DOCUMENT_TOKEN_TO_BE_REPLACED

(January 16, 2016) Robert and Maureen McQuillan share something old, something new…

No one likes lies and being lied to. Lying indicates trickery and deception. We teach children the value of truth and that one’s word is to be regarded as a person’s bond. We teach them never to lie and as parents we set examples.

Unfortunately because of sin, lying and lies are part of the human nature resulting in broken or unfulfilled promises. Parents have to warn their kids about this too.

Lying is not of God!
Lying is not in God’s character. The Bible is the word of the God who never lies (Psalm 33:4; John 17:17; 1 Thessalonians 2:13; 1 John 2:27; Hebrews 6:18) and has several warnings and important things to say about lies and lying. For example, the Bible speaks against lying – END_OF_DOCUMENT_TOKEN_TO_BE_REPLACED

Dr Jim McClure, noted theologian, brings a new slant to the Great Commission onus in these troubled times … days when not only does the world need to hear and the accept the gospel message but side-tracked Christians need to understand scripture deceptions by so-called ‘teachers’ …

I don’t think anyone would disagree that we are living in very difficult days. I don’t remember in my lifetime a period when the world has been so restless, confused, violent and hopeless. END_OF_DOCUMENT_TOKEN_TO_BE_REPLACED

Question: Recently I’m hearing quite a lot that Jesus will be coming back soon. Is that true?

The return of Jesus Christ is a wonderful event that all Christians should be looking forward to with great joy and enthusiasm but sometimes that enthusiasm may be distorted.

In the early days of the church, around 50 AD, the Christians in Thessalonica were excited by the knowledge that Jesus was coming back. However some false teachers had entered the church and were teaching that Jesus’ return was about to happen at any moment. Consequently some of the Christians there had stopped working as they waited for Jesus to come back – and Paul rebuked them for that. END_OF_DOCUMENT_TOKEN_TO_BE_REPLACED

A seemingly dumb blonde, Eve, crashes into Adam’s car writing both vehicles off. As they’re all right themselves, she says, ‘God’s reminding us of his grace.’ Adam, a ‘Duh!’ guy, nods.

Eve adds, ‘Oh look… a bottle of expensive wine in my poor car isn’t damaged. God’s telling us that it’s okay to celebrate our safety by having a drink.’ Adam agrees as she hands him the wine. Adam drinks half the bottle, notices Eve hasn’t drunk any. When he queries why not, she says, ‘Oh, I’m just waiting for the cops.’

Some ‘Adams’ never learn! And neither do some Christians in respect to some common-sense matters!