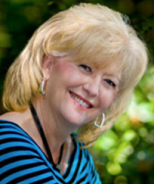 If you ask any child what he or she likes about Christmas, you will probably hear the same answer. In their excitement, most would probably shout the word ‘presents’ or ‘toys.’

Ask any harried parent what he or she likes about Christmas and you’d get a different answer. You would get even another viewpoint if you asked retailers.

The holiday season is on us. Although the advertising blitz has been going on for a few months – or at least it feels that way – I find it hard to get excited. Am I alone? Where has the joy gone?

A season filled with joy

If you asked me to describe a season filled with joy, I would include the following: the company of loved ones, good food, fun, and relaxation, and maybe a few inches of snow. Although my wish list seems simple, for many, this ideal could not be farther from reality.

Too often, the holidays seem to exhaust us because we feel trapped by the shopping, spending, and frenzied preparations when we should be full of joy. A recent national survey revealed that 70 percent of Americans long for less emphasis on gift giving and spending. END_OF_DOCUMENT_TOKEN_TO_BE_REPLACED

I admit it! There is no such word as ‘Christmyth’ in the English dictionary but I have formed it to make a point of contrast.

The word ‘Christmas’ is first found in Old English, in 1038 and was called Cristes Maesse. It referred to the festival that celebrated the coming of Christ into the world. Maesse, which means ‘dismissal’, refers to the sending out of the worshippers who had celebrated the good news of the birth of the Saviour.

I find that to be so appropriate for the message of the Incarnation is one of redemption and hope that Christians need to ‘go and share’ throughout the world.

My ‘made-up’ word ‘Christmyth’ refers to what I see to be the dominant expression of the festival today. A glorious, unrepeatable, rescue event expressing the loving heart of God has been transformed into a happy myth-laden tale with jolly Santas, red-nosed reindeers and fun!

And in so many ways the church has bought into this sanitised and shallow version of the biblical story by placing an emphasis on the sweet baby in a manger, the heavenly choirs and the ‘silent night.’

Don’t misunderstand me. I really am not a Grinch!  I too enjoy the ‘myth.’ At Christmas time it is so good to see the excitement in the eyes of children and the coming together of friends and families and the singing of the old familiar carols. But I sense that along the way we have so developed the ‘myth’ of Christmas that we have sold-out on the essential truth of the event.