I admit it! There is no such word as ‘Christmyth’ in the English dictionary but I have formed it to make a point of contrast.

The word ‘Christmas’ is first found in Old English, in 1038 and was called Cristes Maesse. It referred to the festival that celebrated the coming of Christ into the world. Maesse, which means ‘dismissal’, refers to the sending out of the worshippers who had celebrated the good news of the birth of the Saviour.

I find that to be so appropriate for the message of the Incarnation is one of redemption and hope that Christians need to ‘go and share’ throughout the world.

My ‘made-up’ word ‘Christmyth’ refers to what I see to be the dominant expression of the festival today. A glorious, unrepeatable, rescue event expressing the loving heart of God has been transformed into a happy myth-laden tale with jolly Santas, red-nosed reindeers and fun!

And in so many ways the church has bought into this sanitised and shallow version of the biblical story by placing an emphasis on the sweet baby in a manger, the heavenly choirs and the ‘silent night.’

Don’t misunderstand me. I really am not a Grinch!  I too enjoy the ‘myth.’ At Christmas time it is so good to see the excitement in the eyes of children and the coming together of friends and families and the singing of the old familiar carols. But I sense that along the way we have so developed the ‘myth’ of Christmas that we have sold-out on the essential truth of the event. 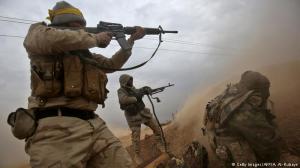 In 2003 an article in the New York Times stated, ‘Of the past 3,400 years, humans have been entirely at peace for 268 of them, or just 8 percent of recorded history.’ I have no way of confirming that fact, but I have no doubt that it could be true. Of course, since 2003 some more very significant wars have taken place. Often they have been quite localised; sometimes they have so exploded that other nations have been drawn into bloody conflict.

Since the end of World War 2 the Western world has experienced what has been described as ‘peace’ – but that is a very relative term. Such ‘peace’ has nurtured the idea that all the conflict ‘is out there somewhere’ and has little real day-to-day impact on us. But that is an illusion!

I was born during World War 2 and during my life I have lived in countries that have, relatively speaking, been ‘at peace.’ Yet, sadly, there seems to be something in the human psyche that is drawn towards aggression. I have noticed in recent years that that spirit of hostility is increasing not only between nations but particularly between individual people!

We are walking through a very dark period at the moment. We are in a morass of conflict, confusion and conspiracies – the one thing that is certainly absent is contentment!

I am sure that some reading this are thinking, ‘As Christians we should not concern ourselves with such views but should focus our thoughts on more lofty, more Christian ideas.’  But such an approach is an escape from reality!  As Christians we should not only be concerned about our world but also be aware about what is happening in it! There is nothing particularly ‘spiritual’ about ignoring the dark realities around us.

The Old Testament does not conceal or sugar-coat the facts but starkly sets out the consequence of the conceit, deceit and violence in the heart of mankind which is an outworking of humanity’s rebellion against God. It also demonstrates what happens in a world that turns its back on God.

Understanding the times
In 1Chronicles 12:32 we read about the ‘men of Issachar, who understood the times and knew what Israel should do.’

This was not a reference to their prophetic insight or even their grasp of end-time events. Nor was it even that they had an exceptional ability to understand the word of God for their times. Rather it was to their acute awareness of their real-time situation and their knowledge of the practical realities of the world in which they were living at that time with all its potential for destruction!

Simply stated, at that time they were fully aware of what was taking place around them! Some 300 years later the Assyrians conquered the territory of Issachar, the tribe was exiled and there were no further biblical references to them.

Light in the darkness 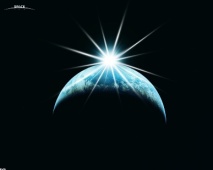 In Isaiah 8 the prophet referred to the Assyrian invasion and destruction of Samaria in 722 BC and included the threatened invasion of Judah.  That was the dark reality that he recognised. But even in acknowledging the dreadfulness of the situation Isaiah declared a message of hope: ‘The people walking in darkness have seen a great light; on those living in the land of the shadow of death a light has dawned’ (Isaiah 9:2).

And that is the glorious truth pointing towards the Christmas message. We do not need to live in denial of the gruesome realities of our world – indeed, it is our responsibility to acknowledge them and to pray about it – but the threatening darkness will never have the final word for the Lord God Almighty is still in control!

The armies of the mighty Roman Empire conquered the world, bringing nation after nation under its control.  Israel was an occupied country. It had lost its sovereignty and could operate only under the approval of its Roman rulers and the ruthless and bloody rule of Herod the Great who had been appointed by the Romans.

When Jesus was born, all was ‘not calm’ and all was ‘not bright’!  The Christmas carols and Christmas hymns generally have presented a ‘candy-coated’ version of the reality of his coming. As I commented above, personally I like that version! It appeals to my sentimentality. The image of a sweet little baby sleeping securely and peacefully in a manger surrounded by adoring shepherds evokes soothing emotions.  But it does not adequately represent the reality of his birth. Jesus came into a world in trouble, in conflict!

Jesus himself said, ‘God did not send his Son into the world to condemn the world, but to save the world through him. Whoever believes in him is not condemned, but whoever does not believe stands condemned already because he has not believed in the name of God’s one and only Son.  This is the verdict: Light has come into the world, but men loved darkness instead of light because their deeds were evil’ (John 3:17-19).

He also stated, ‘I have come into the world as a light, so that no one who believes in me should stay in darkness’ (John 12:46).

Because of the coming of Christ the true message of Christmas is that the light of redemptive hope and the glory of his presence will brighten and spread to every corner of the earth! 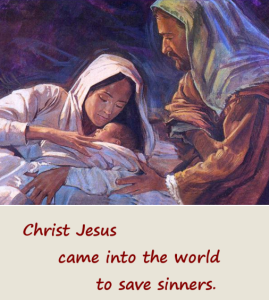 Recommended are his enlightening Grace Revisited and Looking for Answers in a Confusing World; also Overview of the Old and New Testaments, Love, Marriage, Divorce and Remarriage, The Masonic Deception, Word of Life in the Old and New Testaments, Interpreting the Letter of James. All are available in electronic version in EPUB, Kindle and PDF formats with hyperlinks and offered free. Link for orders and questions: jbmcclure@gmail.com