Seems that every day TV newscasts share more bad news stories either about the current worldwide pandemic or crime, rebellion against authorities, government opposition groans instead of encouraging support… it’s rare to hear some good news, something to makes you laugh, even smile.

So let’s begin this article with a good news item!

As he suddenly began weeping a doctor kindly advised him not to cry over the bill.

To his surprise the old man responded, ‘I don’t cry because I have to pay. I cry because I’ve been breathing God’s air every day for 93 years and never had to pay anything for it.’

He added, ‘But for using a ventilator in your hospital for just one day, I have to pay EU5000! I realise now how much I owe God… I never thanked him before for his free air!’

Now doesn’t that makes you smile – and think?

Powerful kick-start
Genesis 2:7 confirms that God himself gave his creation the ability to breathe and live life – ‘he breathed life-giving breath into his nostrils and the man began to live’ (GNB).

‘Breathed’… that’s naphach, a word indicating ‘blowing hard.’ We find it interesting that the LITV and Message versions read ‘blew’ – ‘God… blew into his nostrils the breath of life.’

Seems that God gave humanity a powerful kick-start to life! No wonder Psalm 150:6 declares, ‘Let everything that has breath praise the Lord.’

Personal kick-start
Let’s share some personal things. We kick-start every morning by reflecting with thankfulness on…

1. Salvation through Jesus alone.
2. The new day and every breath we’ll breathe, remembering that God ‘gives everyone life and breath and everything else’ (Acts 17:25).
3. Those many ‘everything else’ matters as commanded in Ephesians 5: 20 – ‘giving thanks to God the Father for everything.’
4. Praying for others*, recalling the opening of Ephesians 4:16Mge: ‘He keeps us in step with each other.’

This last thankfulness leads to praying for our family; Jesus’ church local and in general; friends; against the pandemic; for our nation and its leaders. (More below*).

Praise God it did – well… most times – and off we would travel somewhere, discovering new places, people, things, life itself.

In Roman Holiday Audrey Hepburn and Gregory Peck may have enjoyed their happy jaunts on their Vespa but we experienced some trying moments with ours! ‘Vespa’ means wasp and we certainly got stung again and again with ours!

Here’s the point of our pedal-to-the-floor kick-start Vespa reminiscences… time and time again I’d have the engine cover off, fiddling around trying to get the scooter to go! Then Maureen (who like me knew nothing about Vespa mechanics!) would feel eg sense to encourage me to try something, even something unusual.

And, having discovered there was something special about this beautiful, precious young girl, I’d do whatever she had sensed… and lo and behold with one more kick-start the old ‘wasp’ fired up!

Although we didn’t realise it at the time those Vespa experiences – and others that followed where Maureen would ‘just know’ what to do about whatever the problem was – were the beginning of the Holy Spirit working on our hearts, discovering that God really cared so much about us that he was even interested in our old scooter.

And in building us together as a spiritual ‘one’ who would trust such inner leadings that were softly whispered to our hearts and would lead to a most interesting life of 60 something years together, especially an exciting ministry journey.

Dictionaries tell that pedal-to-the-floor kick-start indicates you’ll be quickly going fairly fast. When Christians get such kick-starts from God we should be moving on, not hanging around! Life’s journey is an exciting series of chapters to be discovered and worked through one by one… personally we’re glad that we learned early to move ahead.

Sadly, many are just ‘hanging around’ – aimlessly as it were – and this is where point 4* above about caring for other Christians comes in…

Now it’s good to hear of Christians, especially leaders, who aren’t being depressed by negative world events, but sadly there are those who are crippled by thoughts of ‘What’s the use? What can I do, supposed to do?’ and there’s no moving ahead.

Some Christians who should be exercising their faith and trust in the Lord are standing still. And we’re finding at least three major hindrances to moving forward…

And here’s where priority kick-starts help get them going! Many scriptures speak of ‘being there’ for others – for example, Philippians 2:4 ESV: ‘Let each of you look not only to his own interests, but also to the interests of others.’

Some people are surprised when we’ve mentioned on Facebook that a very thoughtful lady from our local RSL club phones us every now and then enquiring how we are ‘seniors’ are, if we have any needs? And she’s not even from our Christian family!

Activating our point 4* personal kick-start includes asking God to whisper in our ear at any moment about someone he wishes us to phone or email with a word of encouragement.

We encourage you, dear readers, to give a priority kick-start to whoever the Holy Spirit leads you and get them fast-tracking forward.

Precautionary kick-start
But… ensure no-one loads you down with worries and cares!

Being a listening ear is important but be prompt to share whatever the Spirit is giving you, pray and then leave it with God. Don’t allow anyone to offload heavy burdens on you – otherwise you too might come depressed!

God doesn’t want us negatively overloaded. Example: Instead of me (Robert) phoning someone who was on my mind, he phoned me! In the conversation he reminded me of a word I had for him some 30 years ago(!) while we were playing golf (Yes, God’s interested enough in us as to ‘show up’ on a golf course!).

I’d told him to stop praying for and pushing something so hard about something he wanted happening, not the Lord, and that’s why it wasn’t coming about and he was heavyhearted.

Then I had a vision as I was about to hit my shot and stopped to say: ‘I see you pushing so strongly against a gigantic rock but it’s not moving. Why? There’s an angel on the other side holding it fast!’ A simple word but it immediately meant so much to my friend that he let go of the burden he was carrying on behalf of someone else.

Penultimate kick-start
Since this pandemic spread the world, there’s been claims that God is punishing the world for sin, that it’s the end and Jesus is coming back.

How many times has such been claimed over the centuries but never happened? Yes Jesus is returning, hallelujah, and will set all things right… but he told us that only God knows exactly when – ‘about that day or hour no one knows, not even the angels in heaven, nor the Son, but only the Father (Matthew 24:36)!

‘We each have a covenant responsibility to be sensitive to the need of others and serve as the Saviour did – to reach out, bless and uplift those around us’ (Dieter Uchtdorf). 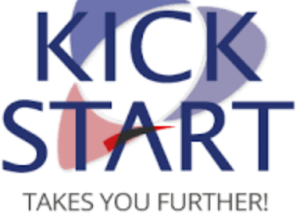