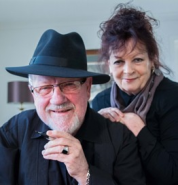 Seems that every day TV newscasts share more bad news stories either about the current worldwide pandemic or crime, rebellion against authorities, government opposition groans instead of encouraging support… it’s rare to hear some good news, something to makes you laugh, even smile.

So let’s begin this article with a good news item!

As he suddenly began weeping a doctor kindly advised him not to cry over the bill.

To his surprise the old man responded, ‘I don’t cry because I have to pay. I cry because I’ve been breathing God’s air every day for 93 years and never had to pay anything for it.’

He added, ‘But for using a ventilator in your hospital for just one day, I have to pay EU5000! I realise now how much I owe God… I never thanked him before for his free air!’

Now doesn’t that makes you smile – and think?

Powerful kick-start
Genesis 2:7 confirms that God himself gave his creation the ability to breathe and live life – ‘he breathed life-giving breath into his nostrils and the man began to live’ (GNB). END_OF_DOCUMENT_TOKEN_TO_BE_REPLACED