Recently Australia Day, January 28, resounded with the singing of our national anthem, the last line of which the first verse is ‘Advance Australia fair.’

However, in reflecting on Australia – its past and present, and thinking about its future – I sense that a more appropriate final line is not a statement but would be a question – ‘Advance Australia where?’

So the question is… As a nation where are we going? In what direction are we heading?

Before Australia had been put on maps, for over 1500 years many people had speculated that there was a large continent in the southern hemisphere for which there was no documentary evidence. Then, just over 400 years ago in 1606, the Portuguese explorer Fernández de Quirós sailed into the southern waters and, discovering that large landmass, called it La Austrialia del Espiritu Santo which means ‘The Southland of the Holy Spirit.’

The Southland of the Holy Spirit

What a great name for a country!  How wonderful it would be if the Spirit of God really had sovereign authority over this nation! END_OF_DOCUMENT_TOKEN_TO_BE_REPLACED

We live in a world where in sport of every kind athletics enjoy a high profile.  The apostle Paul says ‘bodily exercise is of some benefit, but godliness with contentment is of greater gain’ (1 Timothy 4:8).

Paul’s words remind us about priority, if you are able to exercise, it is good to do so, within your limitations.

At the 1968 Olympic Games held in Mexico City, Tanzania was represented in the marathon by John Stephen Akhwari. Part way through the race, Akhwari fell and was injured. He decided to get bandaged up and continue, which he did, finishing in last place over an hour behind the other runners.

When interviewed later Akhwari was asked, ‘Why did you bother to get up and finish the race’ to which his reply was: ‘My country didn’t send me 5000 miles to start the race, they sent me 5000 miles to finish it.’

What a lovely perspective. You see, Akhwari could have stopped running; he was injured, he could not have won a medal position, so no one would have faulted him, but he decided to keep going.

As we approach another new year has there been an experience in the last year when you felt you couldn’t keep going? END_OF_DOCUMENT_TOKEN_TO_BE_REPLACED 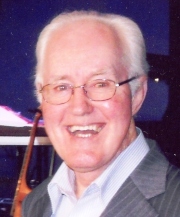 Last century a group of sixty one Charismatic /Pentecostal leaders met in the United States to seek the face of God for the future. At the conclusion of this time in prayer, repentance and seeking the face of God, they made a statement about eight things they felt God was calling them to do.

I have chosen five for this article – believing they are even more relevant today in this 21st century!

1. God is calling us to transform society
I will attempt here to open the challenge they placed last on their list.

They agreed that western culture was becoming increasingly hostile to the Christian faith. That they must not run from their calling to transform culture but engage in a kingdom mission to effect change. They agreed that Christians for too long have viewed politics, education and the financial realm as evil, when we must see those arenas as mountains to claim for Christ. END_OF_DOCUMENT_TOKEN_TO_BE_REPLACED