As I mentioned last month, this past year has been a challenging time for churches throughout the world as each local church has attempted to redefine how to perform and how to survive as a church.

I’d written about two of five principles to which those first Christians – the early church – were committed… Engaging in Evangelism and Church Growth and Commitment to God’s Word and Prayer.

Here I continue with the other three…

3. Develop Authentic Relationships
Act 2:42 recalls that the early church, those first Christians ‘… devoted themselves to the apostles’ teaching and to the fellowship, to the breaking of bread and to prayer.’

There are a further two things this verse teaches us.

(i) Fellowship
This is a word that is widely used in church circles today, but the way fellowship is expressed often falls far short of what the New Testament means by the word. Christianity is a relational thing!

END_OF_DOCUMENT_TOKEN_TO_BE_REPLACED

However some of those unimpressively sounding words are supercharged with significance… such as if or but. It’s hard to imagine anything less impressive than those two common little words.

Nevertheless they lie at the heart of the most marvellous of all Christian truths – the resurrection of Jesus that millions of people around the world joyfully celebrated earlier this month.

But did the resurrection of Christ really happen?
Is the recently celebrated Easter story just a fascinating tale? Can we really believe that a brutally executed man came alive again three days later? 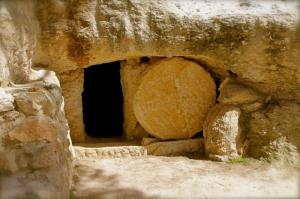 It does seem to stretch the bounds of credibility and, as atheism is embraced by more and more people today, many dismiss the reality of that event and believe that it should be classified as a fairy tale.

Recently I read these words by a Californian college professor of sociology and secular: ‘The world is better off when supernatural tales lacking evidence fade, especially when these tales teach that all humans are evil and rotten and in desperate need of salvation which can only come about through the brutal torture, murder, and resurrection of the son of a magical deity. As for the death and resurrection of Jesus, well, fewer and fewer people are buying that old tale. Increasing numbers of men and women in formerly Christian societies are losing their faith.’

This professor is right in one sense – individuals and Christian societies are losing faith in that story. And many just cannot give any credibility to the fact of a man coming alive again three days after he had died. END_OF_DOCUMENT_TOKEN_TO_BE_REPLACED

But seldom do believers grasp the present tense benefits that have come to us as a result of this spiritual conquest.

Here are eight powerful ones: 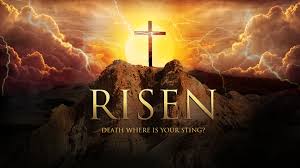 1. Deliverance from spiritual death
‘But God . . . because of his great love with which he loved us, even when we were dead in trespasses, made us alive together with Christ’ (Ephesians 2:4-5).

When Adam fell, he died spiritually and began dying physically. But when Jesus came out of the grave, believers were delivered from spiritual death right then When we received the resurrected Saviour in our hearts, the resurrection process began.So those who repent and turn to Jesus are first resurrected spiritually on their way to complete physical resurrection at the coming of the Lord. We are given a ‘new spirit’ (Ezekiel 36:26). END_OF_DOCUMENT_TOKEN_TO_BE_REPLACED

The gospel is the best good news on earth!

It has been so since Jesus died on a cross at Calvary and rose again from the dead on the third day. The Easter holiday season exists because of the gospel.

I’m wondering: How will you celebrate Easter this year?

All-important declaration
The apostle Paul puts the key events of that first Easter clearly and powerfully in chapter 15 of his first letter to the Corinthians.

Paul then repeats the gospel he had taught them some time before, beginning with the fact that the death of Jesus Christ was according to the scriptures.

In other words, it was a fulfilment of prophecy that Christ would die for our sins, be buried and rise from the dead on the third day. END_OF_DOCUMENT_TOKEN_TO_BE_REPLACED

He’s alive!  He’s alive! He’s alive!  This lay at the centre of the message of the early church. This was the passion burning in the hearts of the first Christians. When they met each other in the street, they didn’t say, ‘G’day’ or ‘Hello’ or ‘How are you?’ They said, ‘He is risen!’ To which was given the reply, ‘Indeed he is risen!’

Eight times in the book of Acts we read that God raised Jesus from the dead. And it was a central theme in Paul’s teaching. In fact he wrote in 1 Corinthians 15:14, ‘If Christ has not been raised, our preaching is useless and so is your faith.’ And then in verse 20 he wrote, ‘But Christ has indeed been raised from the dead.’

I don’t think that today’s Christians have the same passion as those early Christians when we think of the resurrection of Jesus Christ. It has become a doctrinal statement rather than a passionate, motivating conviction. But not so in the early centuries.

Oh, we still mention it and claim how wonderful it is, but often it just seems like an echo of the past. Do you remember the last time you were in an area, perhaps surrounded by mountains, and you decided to call out to hear the echo reverberating around you? The first echo that returns is quite loud, but succeeding ones get weaker and weaker. (Hello, Hello, Hello, Hello.) END_OF_DOCUMENT_TOKEN_TO_BE_REPLACED

Our world is full of people who have no hope!

There are multiplied reasons for this tragedy; however my purpose is not to describe the hopelessness, but to share the reality that there is hope.

Christians have a living hope
The hope of Christians worldwide is based on God’s love and amazing mercy; on the death and resurrection of Jesus Christ and on the plan of salvation for all who believe.

If you need hope, if you’re asking questions about life and the unknown future, I invite you to consider what the apostle Peter wrote.  It is found in chapter three of his first letter to the churches. Here are the words he wrote, translated faithfully and clearly in English…

‘Blessed be the God and Father of our Lord Jesus Christ, who according to his great mercy has regenerated us again to a living hope through the resurrection of Jesus Christ from the dead, to an inheritance incorruptible and undefiled, and unfading, reserved in heaven for you by the power of God, having been kept through faith to a salvation ready to be revealed in the last time’ (1Peter 1:3-5). END_OF_DOCUMENT_TOKEN_TO_BE_REPLACED

Hebrews is a very informative New Testament book. For example Hebrews 11:6 makes it clear that it is impossible to please God if we do not have ‘faith.’

What is faith? The writer of Hebrews tells us that faith is the substance of things hoped for and the evidence of things not seen (Heb. 11:1). In short, without hope; there could be no faith. Why? Because faith is based on the content of what the person is hoping to experience or attain.

Hope deferred makes the heart sick (Proverbs 13:12), and a hopeless person is very sad, depressed and ill. We must keep our hope strong at all costs because hope is a key to a healthy mind and life! It is a required prerequisite to activate God’s power in your life. END_OF_DOCUMENT_TOKEN_TO_BE_REPLACED

After laying naked and cold in a morgue for two days, Sabina (not real name) saw herself hopelessly stuck at the bottom of a deep well.

Surrounded by corpses covered with linen sheets, Sabina had a vision of a tree growing at the top of the well. From its trunk, a branch moved toward her as she lay on a hospital gurney. Close enough to reach, the branch changed into flesh as Sabina heard the words, ‘If you grab onto my hand, I will bring you back to life.’

Taking hold of it with her cold, lifeless hand, Sabina woke to find her body covered from the neck down with a white sheet like other corpses around her. END_OF_DOCUMENT_TOKEN_TO_BE_REPLACED

Thomas was not with the other disciples on Easter evening when Jesus appeared to them.

It would be pointless to speculate as to the reason for his absence, but in a sense it was well that he was not because when he eventually saw the Risen Christ, he made one of the most powerful confessions of faith to be found in the New Testament. ‘My Lord and my God’ (John 20:28). END_OF_DOCUMENT_TOKEN_TO_BE_REPLACED