How we yearn for abundant confidence when challenged to do something new, especially for the Lord and in church life. And how we can feel so disappointed when things don’t work out, or we feel – even wrongly believe that we’ve missed it, we’ve failed – and unfortunately are not aware of, do not discover what we have achieved because we were determined to be faithful no matter what price we had to pay.

The reality is that in our limitation as humans we’re unable to visage the ultimate bigger picture’s ongoing and end results. We’ll never know all we’ve achieved when we even willingly offer a mere glass of water in Jesus’ name… but as the Message Bible says, ‘Count on it that God will notice’ (Mark 9:41). END_OF_DOCUMENT_TOKEN_TO_BE_REPLACED

That’s what the project that I had set myself suddenly seemed as I looked down at the pile of rocks – or to be technical – large pieces of cut or sawn stones.

I had been working on the back garden we had some years ago and, being creative, had envisioned an attractive dry stone wall. And I had decided that I could build that wall by myself and save costs.

The various shaped stones arrived, several quite heavy. But I wasn’t desponded, even though I had never built a dry stone wall before and had neither instruction manual nor helper – Robert was away ministering.

Well, here goes, I thought (plus ‘Help, Holy Spirit’ and similar prayers!). In my mind I planned it all out and then began to build so creatively. And all went well until a certain point …

I just couldn’t find the right piece of stone for the next joint. Nothing would fit the breech in the design. I searched and searched to no avail. There just wasn’t a beautiful shapely stone that would fit in. END_OF_DOCUMENT_TOKEN_TO_BE_REPLACED

These words of Caleb and Joshua, spoken on their return from spying out the Promised Land, are powerful and true. When ten of the twelve men chosen to investigate Canaan returned with a negative report, Caleb and Joshua demonstrated a different heart and mind.

Well able!
They did not allow the difficulties in the land to cause them to despair, as the ten other spies did.

Another of Caleb’s God honouring statements was ‘Let us go up at once and take possession, for we are well able to overcome it‘ (Numbers 13:30). END_OF_DOCUMENT_TOKEN_TO_BE_REPLACED 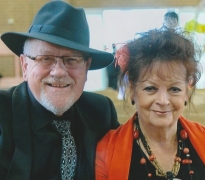 (July 12, 2017) Robert and Maureen McQuillan share a challenge on commitment in following and serving Jesus…

‘Please, sir, I want some more’ from Charles Dickens’ second novel Oliver Twist are words so famous that virtually everyone remembers them.

The outraged response of Mr Bumble, the workhouse supervisor, is well known too.  The musical Oliver portrays Bumble’s enraged reaction as ‘More? You want more?!’

In other words, ‘What you have already received is enough, more than enough!’

The Christian catchcry of ‘More’
Some twenty-five years ago ‘More, I want more’ became many a Christian’s Oliver Twist catchcry in various church circles.

Today as we minister around various denominations and engage in pastoral care/mentoring, we still hear another cry for more, and not  just from a mere few Christians.

It’s a cry of longing for something better than …

The above short list and other things result in that Dickensian expression of ‘More. I want more’ but for more of something precious, meaningful and wholesome. END_OF_DOCUMENT_TOKEN_TO_BE_REPLACED

When we hear from God to move ahead in something new and we obey, we take a step forward and we become more conscious of our personal growth and development in the Lord.

At that exact time we can be assured that many of us will start to face trials and tests in our lives. Why? Because it is often at times of growth in our lives that we find ourselves being stretched!

Anyone in that category right now?
As we stretch and grow – which is ultimately fantastic by the way – and as we are tested and find ourselves in new and strange situations we need to know what is holding us together; what is sitting in our foundations. We need to look more closely at what is happening in our heads and hearts and ask ourselves what we believe and what exactly we hold to be true. END_OF_DOCUMENT_TOKEN_TO_BE_REPLACED

Thirty-five years ago the media outlets in the United States carried a most unique story about a 33-year-old man called Larry Walters. Perhaps approaching an early mid-life crisis, Larry decided he wanted a new perspective on life where he lived.

He came up with an ingenious plan – he purchased 42 weather balloons which he inflated, having friends attach them to his securely anchored lawn chair.

Along with some refreshments for the journey he also took a pellet gun, so he could shoot each balloon as he would make his descent. Walters thought the balloons would only take him a few hundred feet in the air – the reality was that they launched him some 15,000 feet and into the flight traffic pattern for the nearby Los Angeles International Airport!

Realising his dilemma, he frantically started to shoot the balloons, but in his panic dropped his gun. After two hours of ‘flight’ it finally took an Air Force helicopter to bring him down. 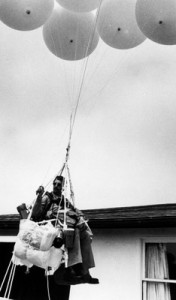 When the ‘Lawn Chair Pilot’ (as he became known as) was safely back on terra firma and charged by the police, he faced the music of the news reporters. He was asked, ‘Were you scared?’ His response was, ‘Yes, I was, but wonderfully so!’

When asked ‘Why did you do it?’ he replied ‘Because you can’t just sit there.’

END_OF_DOCUMENT_TOKEN_TO_BE_REPLACED

For years Lights! Camera! Action! has been the call  on the movie sets of our world as the crew begin another ‘take.’

Christians live on a world-stage where the performance is not make-believe but the profession of a living testimony where Christ is ‘clearly portrayed’ (Galatians 3:1).

The context in which Paul wrote was one of …

We too, in our day, face the same pressures and suffer the same challenges: We need another ‘take’…our own version of ‘Lights! Camera! Action!’ Not a new call – but a renewed, rediscovered call to attention, concentration and demonstration. END_OF_DOCUMENT_TOKEN_TO_BE_REPLACED 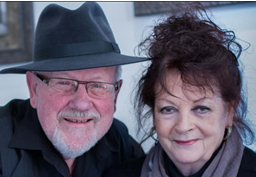 Chatting to a friend recently it was a delight to hear him share what was a fresh revelation to him: ‘At last I know what faith is really all about – it’s about trusting, really trusting Jesus. I know you guys have been telling me that for years – but I didn’t get it! I never realised that I had to let go and let God! Now I am… no matter even if something I need God to do, have prayed about in humble faith, doesn’t seem to be working out, I can still trust him, knowing that Jeremiah 29:11 scripture you keep reminding me about is for real, for me!’

Good news revelation indeed. And something we all need to get a grip of… after all, any new day can bring forth some storm clouds out of the blue, something unexpected can eventuate, something can go wrong. And that’s life! END_OF_DOCUMENT_TOKEN_TO_BE_REPLACED

The Hebrew word shalom is familiar to many people apart from Jews.  Most people would say that it means ‘peace,’ and they would be right – up to a point! However, to consider shalom only in terms of the absence of war is to put severe limitations on this great word. For example, two nations may not be dropping missiles on each other, but they may still vent such hostility towards each other that the citizens of both nations may live constantly under the sense of threat and uncertainty.  This would not be a definition of shalom.   ‘Shalom’ means so much more than that.

When we examine how the word shalom is used in the Bible, we discover that ‘peace’ is a widely embracing word which has a plethora of meanings.  It is a word of interaction – with God, between people and, indeed, with all of life. It has to do with harmonious totality.  This study explores some of the depth and breadth of this most positive of Hebrew words. END_OF_DOCUMENT_TOKEN_TO_BE_REPLACED

A sincere young person asked us last night, ‘I want to serve the Lord and want to be led and used by the Holy Spirit. I know I have to trust that I am actually being led by him, that it’s not my imagination. Can you share something that’ll help me?’

It’s October tomorrow – Grand Final Day, a special footie celebration time in Oz. Our thoughts immediately went back to another Thursday night one October some years ago.

Late at night we had an unexpected call. The caller didn’t apologise for the lateness of the hour but quickly requested: ‘We’ve learned you’re the speakers at a church leaders’ camp Saturday, but … when finished would you come over and speak to the Russians. They meet Saturdays but would you also minister to them tomorrow, Friday night?’

Speak to the Russians? Intriguing request to a westerner’s ears as we’d never ministered to Russians before and didn’t know what to expect. END_OF_DOCUMENT_TOKEN_TO_BE_REPLACED