Some years ago, when I was working closely with missionaries in many countries I was led by the Holy Spirit to the record in the book of the Acts of the Apostles found in the 13th chapter.

It helped me greatly as I worked with many missionaries whom God had called.  It is the account of the time when Saul, for a time, was one of the prophets and teachers in the church in Antioch.  Before the important event that took place there, Barnabas and Saul had worked together in the will of God. They served the churches in various places, helping and encouraging them as they moved about in ministry.

Barnabas
Barnabas had befriended Saul during his early stages of ministry with the churches. However leaders of the church in Jerusalem were not yet sure of Saul, who had been their persecutor. Barnabas was used by God to help and encourage Saul for what was soon to come.

This is a good example of the need to not lay hands on a person for ministry too quickly, even when they are distinctly called of God. Equally, it points out the value of encouragement.

Barnabas, Simeon, Lucius, Manean and Saul (not yet known as Paul) were the five men of God whom the Holy Spirit spoke to that day.

‘Release them’
While they worshipped, the Holy Spirit spoke. He said, ‘Set Barnabas and Saul apart for me to do the work for which I called them.’ 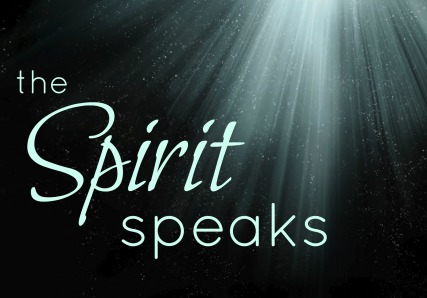 I have understood for some time, that the Holy Spirit was saying, ‘Release them.’ Both Barnabas and Saul were called by the Lord before this particular day. Now it was time for them to move on and out to the ministry to the nations that Jesus had called him to on the road to Damascus.  Years had passed, but time is the agent of God. He had been shaping their lives for this time and for the fruitful years ahead.

The call of God
There are multiple lessons in this historic event. I share here my understanding about them.

First, the fact of the call of God. He calls men and women to service in his kingdom.  Each one is known to God, each one unique in identity and ministry. Each one identified in this group who were fasting and praying is described as prophets and teachers. They were leaders in the church. At least two of them were guests whose time had come for the bigger vision, the greater task. No one in that gathering fully understood what the Holy Spirit was saying – but they all obeyed.

Their obedience began with more prayer and fasting. The importance of prayer and the need for fasting with prayer needs to be revived in our day. Then we read, ‘They laid their hands on them and let them go.’

God still calls today – the important question is ‘Are we obedient?’

‘Let them go’
Here is an all-important directive of the Holy Spirit’s calling.

The Holy Spirit was leading. He was in charge, and three of God’s servants released two others to the biggest task in the early church. They were ‘released’ by the church leaders; however it was the Spirit of God who ‘sent them out to the nations.’

No one there that day could possibly comprehend the extent of this ‘letting go,’ other than God.

The team
From the beginning of their association to their setting apart, Barnabas was named first and Saul second. Following their release from the local church at Antioch they began to minister in other nations, in obedience to the call of God.

Saul then began to use his Roman name, ‘Paul,’ which apparently was more suitable in the Roman Empire. He became the leader of the team from that time onward.

The task
This was to do the work for which the Holy Spirit called them.

In Paul’s case, it began when (still called Saul) he encountered Jesus as he was riding to Damascus to arrest believers. He fell from his horse, became blind for a time, until Ananias was sent by God to lay his hands on him so that he might see again. God told Ananias, a humble believer, ‘Go, since he is my chosen instrument to carry my name to the nations, to their kings, and to the descendants of Israel.’

Obedient, he found and baptised Saul. Then Saul (becoming known as Paul) began to proclaim Christ in the synagogues and soon to the nations, the world of his day.

The local church
The  Antioch believers were a key church in the area known as Asia Minor.  It was apparently the first church planted there by believers scattered from Jerusalem by the persecutions.

From this church, the apostle Paul went out on his three missionary journeys and reported back to them, each time. And it was in the Antioch church that the followers of Jesus were first referred to as Christians.

God
Everything eternal comes back to God. He…

Without God, we can do nothing. The glory is his and his alone! And his Holy Spirit is still speaking today – my prayer is that we will hear and be obedient and play our role in reaching the nations. Thus we will further the mission of the early church.

May we be mindful of the Great Commission as we celebrate the truth of Easter this month!

Dr George Forbes is internationally recognised as a missionary statesman with a heart for the lost of the nations. With a wealth of missionary knowledge and a unique ability to communicate the global picture, he is widely known as the ‘story-teller.’ Link: georgeforbes2@gmail.com